This article is dedicated to another military helicopter. It was photographed at Brumowski Air Base Austria during a local doors open day last summer. The Bell OH-58 Kiowa is a family of single-engine, single-rotor, military helicopters used for observation, utility, and direct fire support – as we can find on Wikipedia web pages. Bell Helicopter manufactured the OH-58 for the United States Army based on its Model 206A JetRanger helicopter. The OH-58 has been in continuous use by the U.S. Army since 1969. 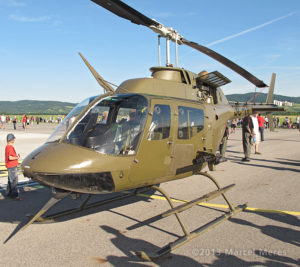 Let us start with some walkaround pictures. Closer look will be the next step. 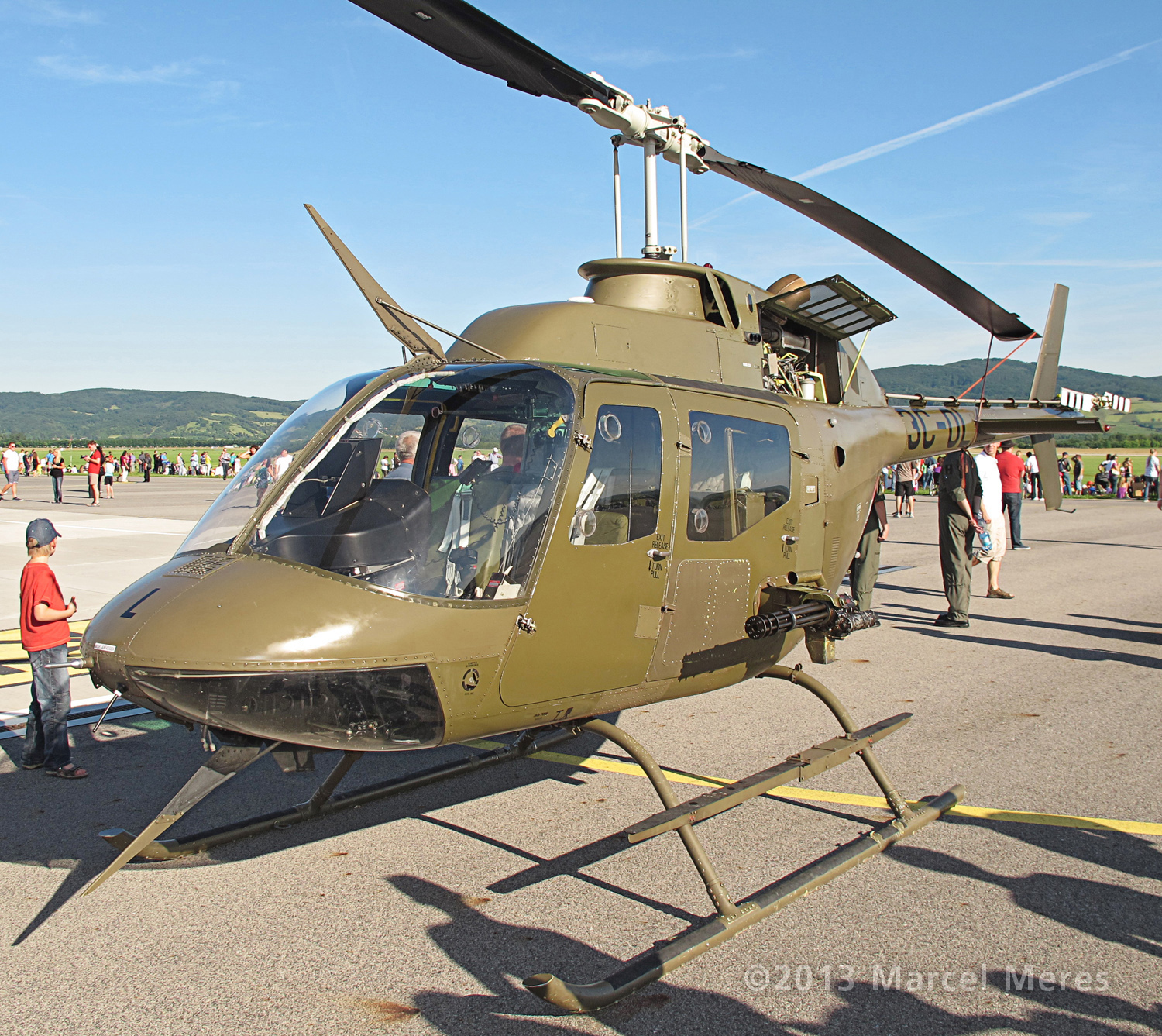 As you probably noticed, the helicopter has the Gatling M134 Minigun system on board. Only one gun mount was used on the helicopter’s left-hand side. It was not complete though – at least the ammunition belt was missing. 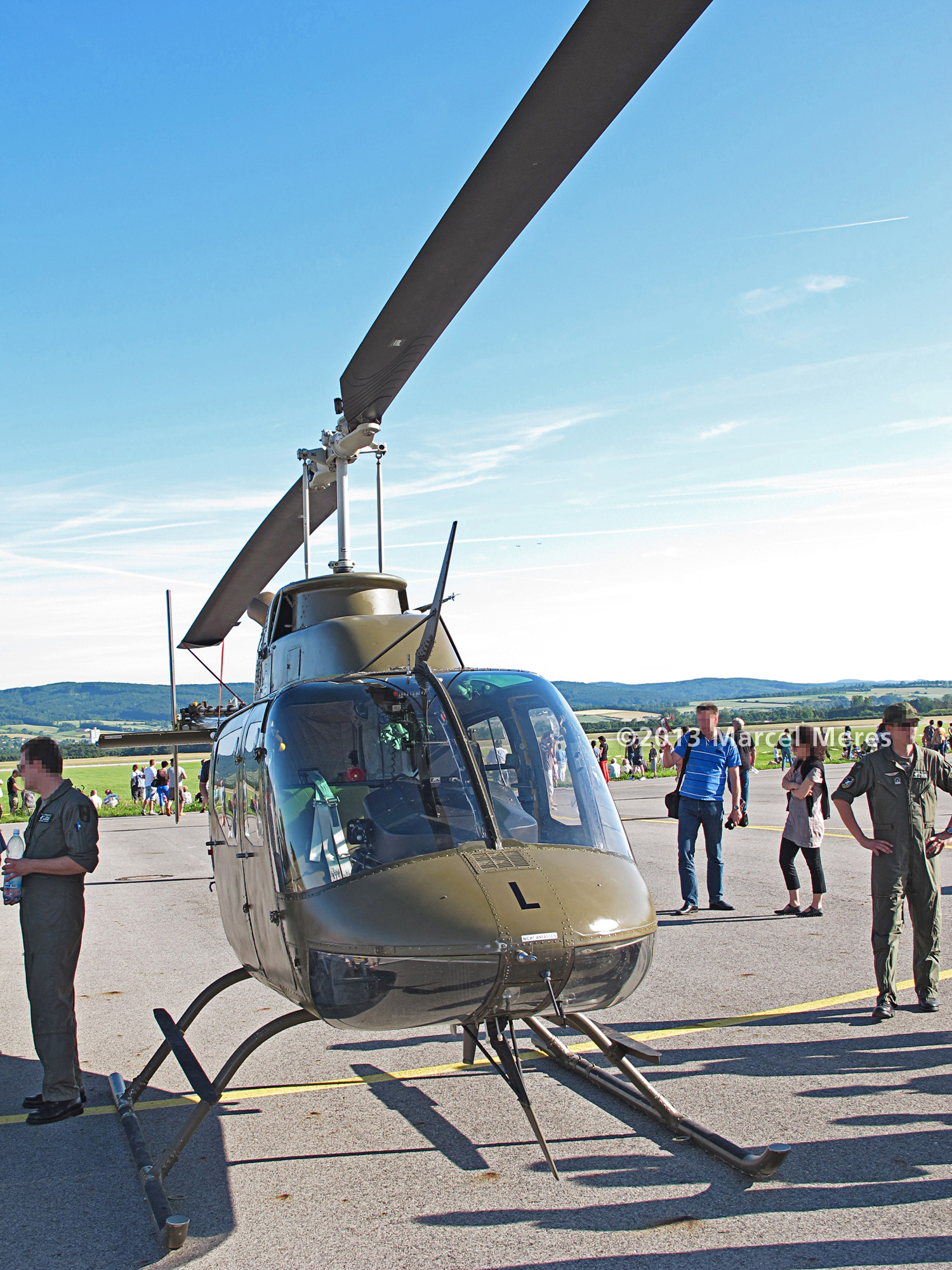 The cabin front windows are so large and clear you can see inside a bit. 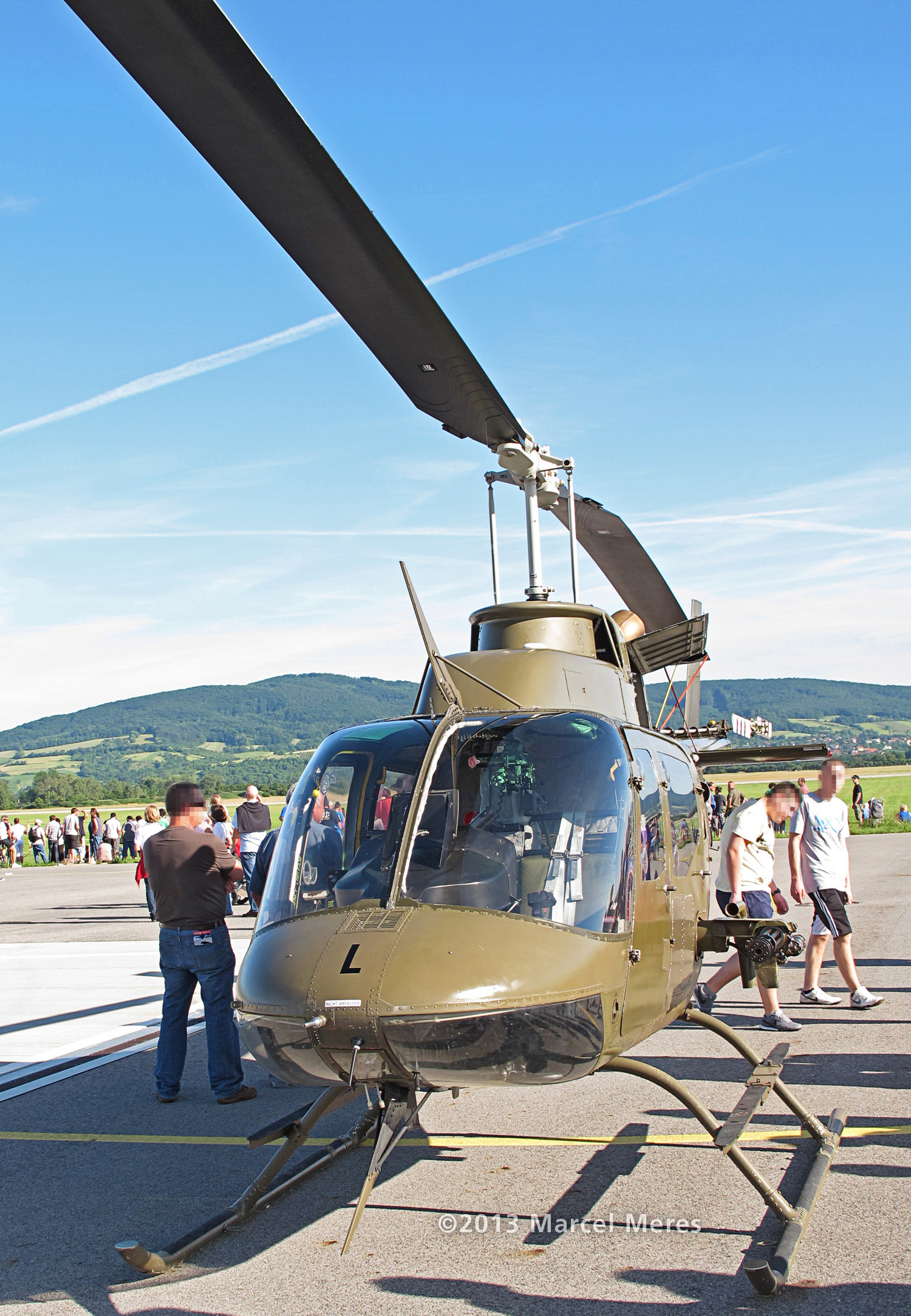 Yes I know – it is much more better to look inside through the opened cabin door: 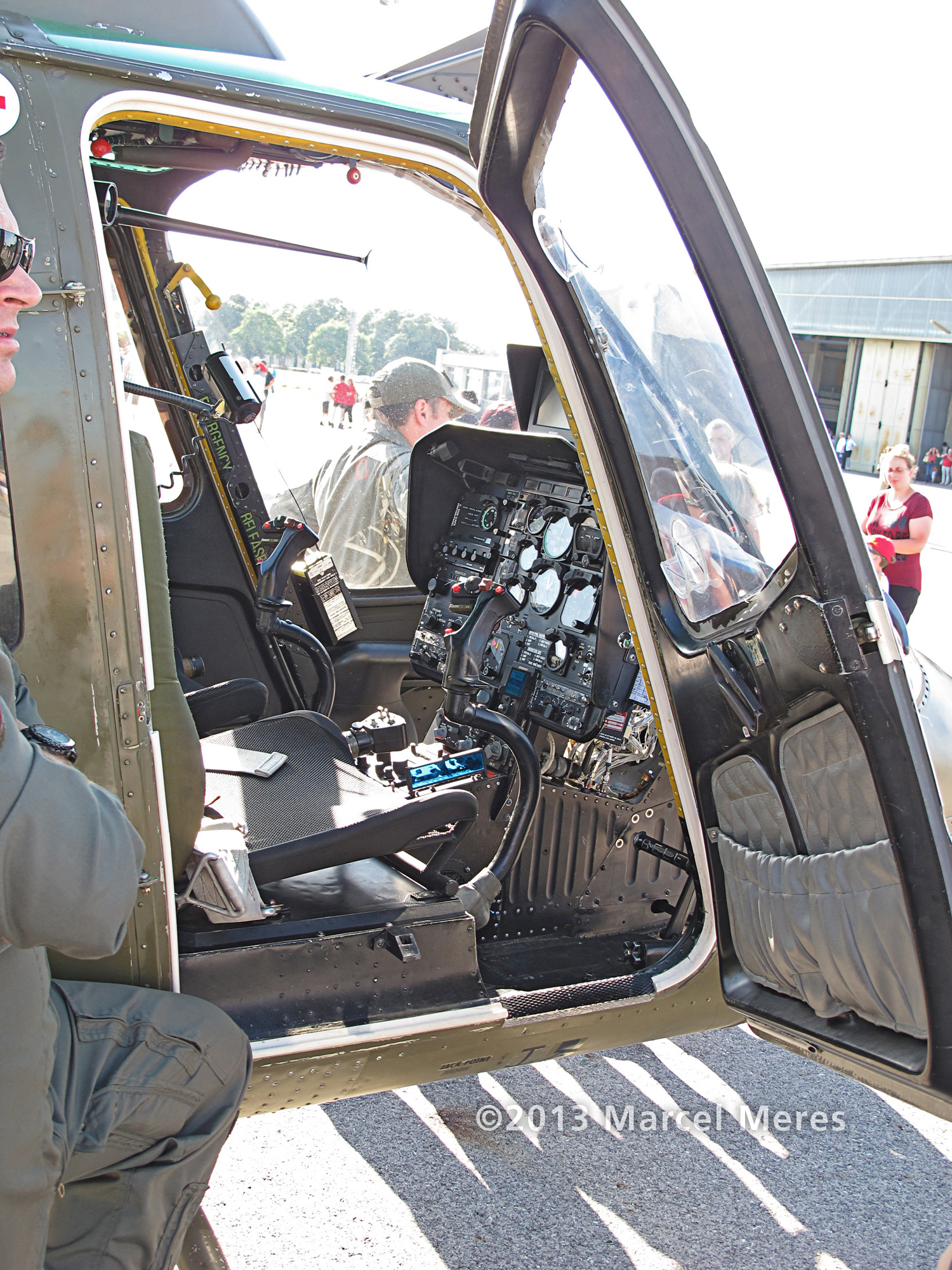 Please do not miss the optical system which is partly visible in the cockpit (both upper & lower pics). 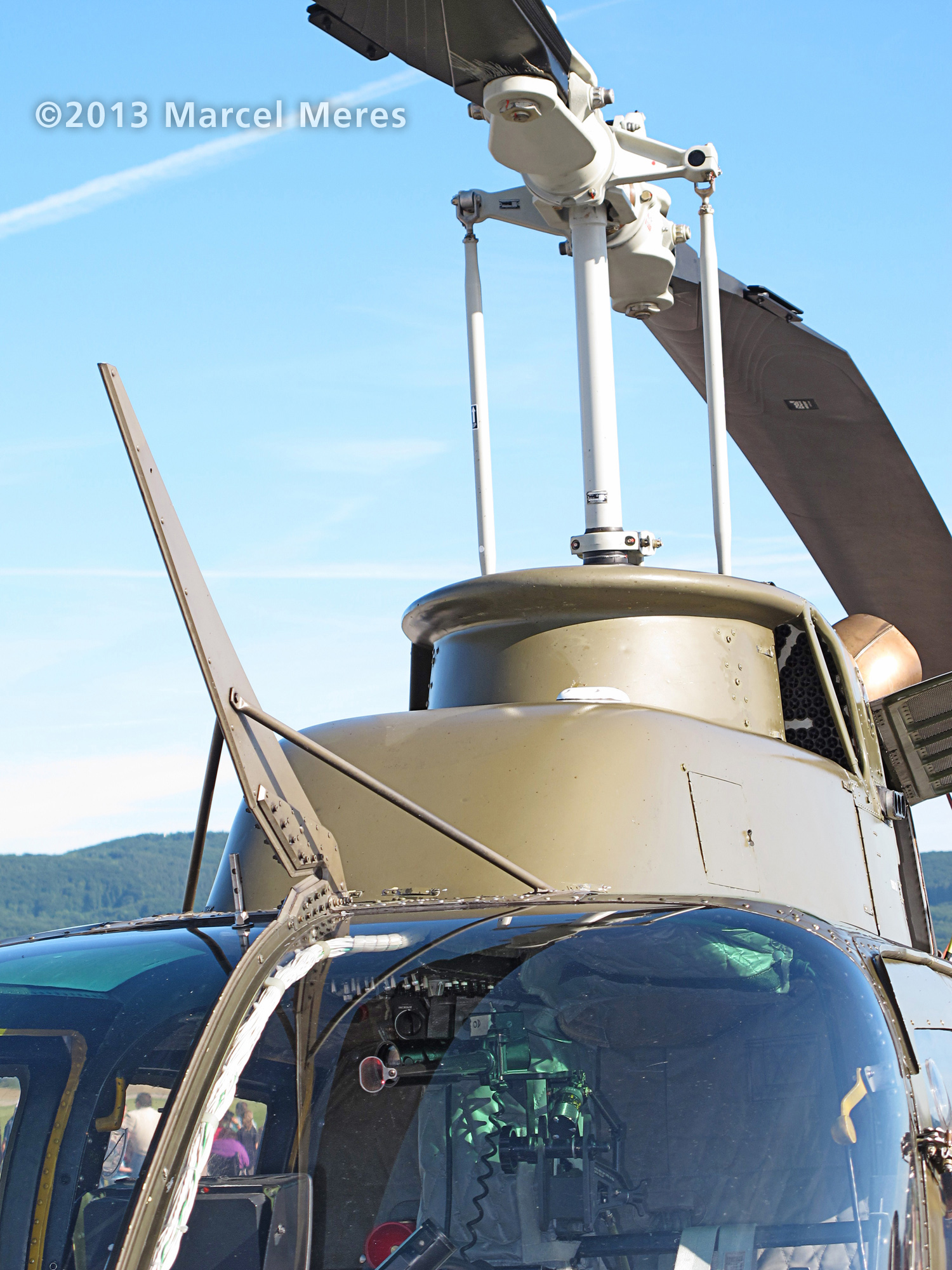 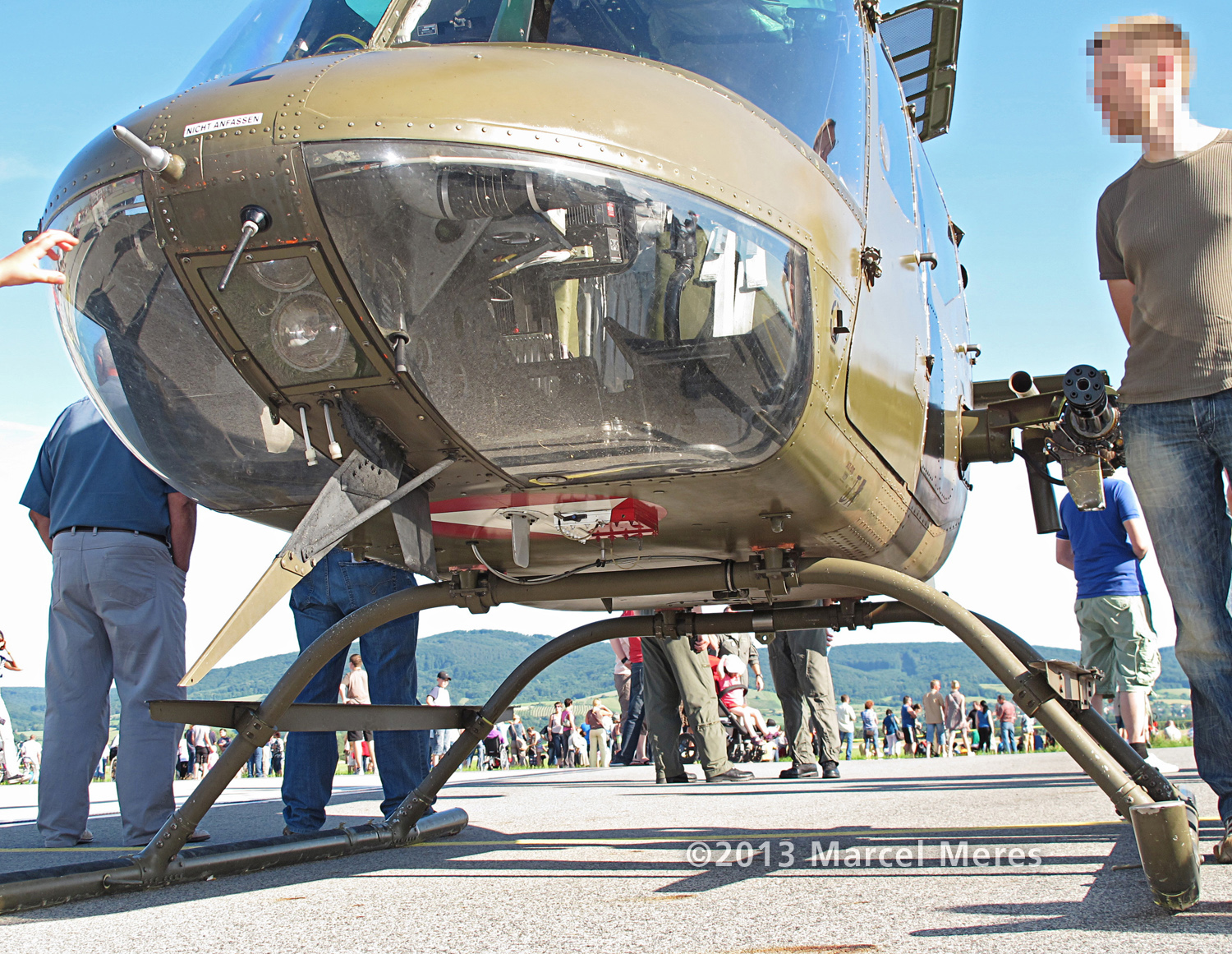 This machine was displayed outside – so it was almost permanently surrounded by crowds of curious visitors. It was not easy to make a shot without having  someone disturbing in sight 😀 .

We were enough time here in the front. Now let us walk toward the tail of the beast… 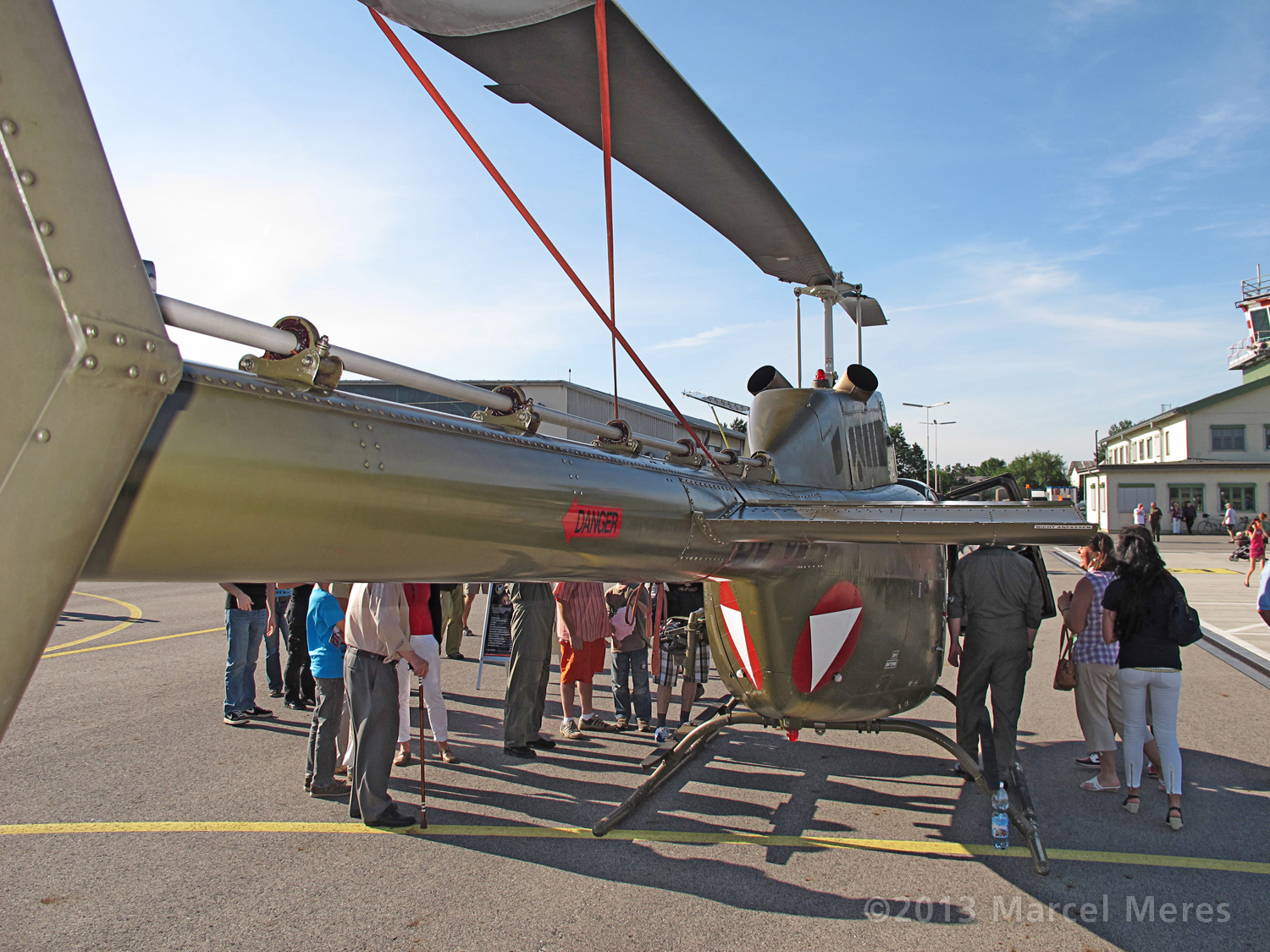 Now we are looking from behind. This is a helicopter tail boom with one vertical fin and two horizontal elevator fins – they will be shown in details somewhere in further articles. 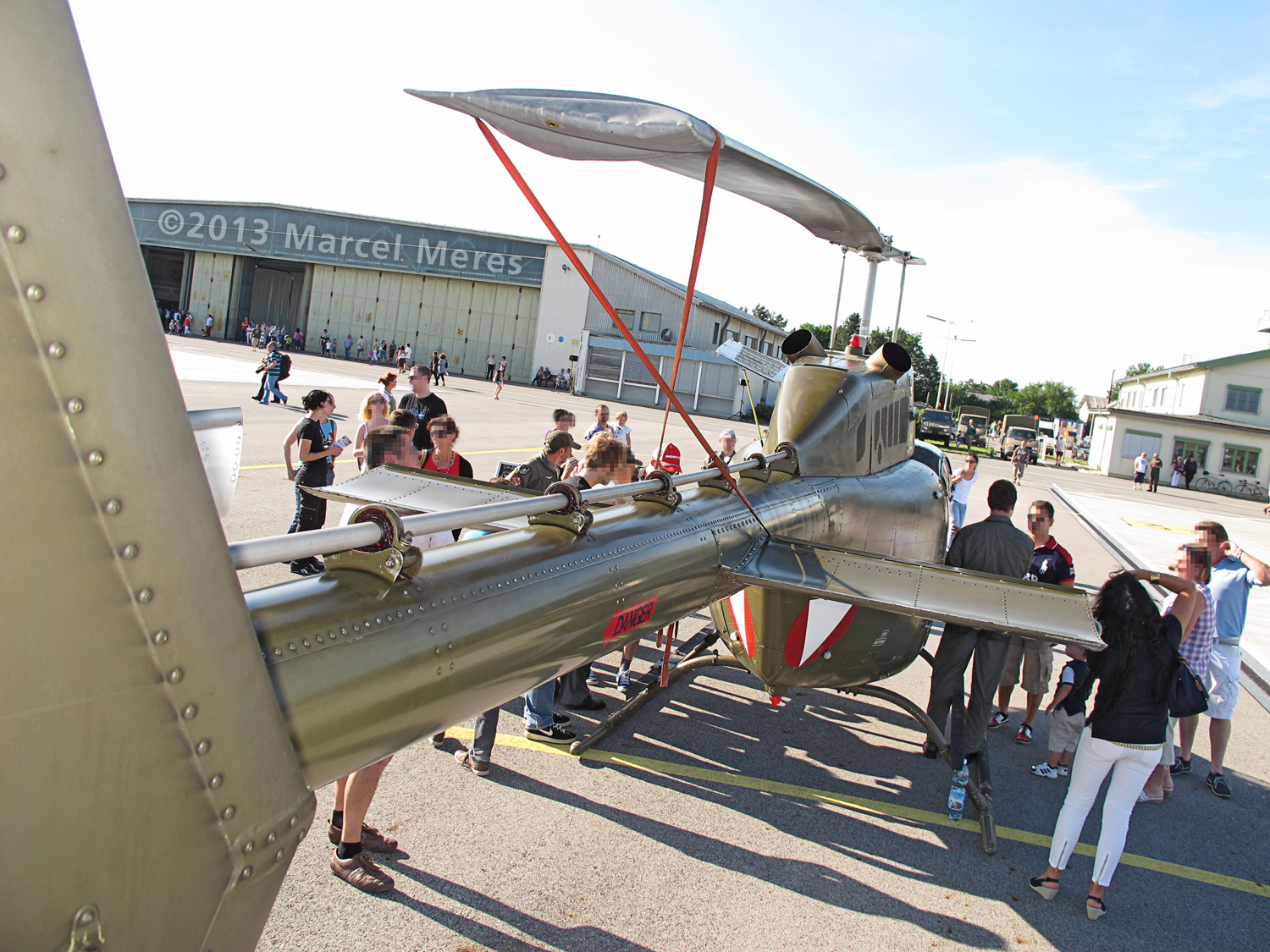 Similar view again – moving my hands a bit up and shooting 😀 … that light gray rod running atop the tail is the the tail rotor drive shaft. Please note the uncovered shaft hangers. 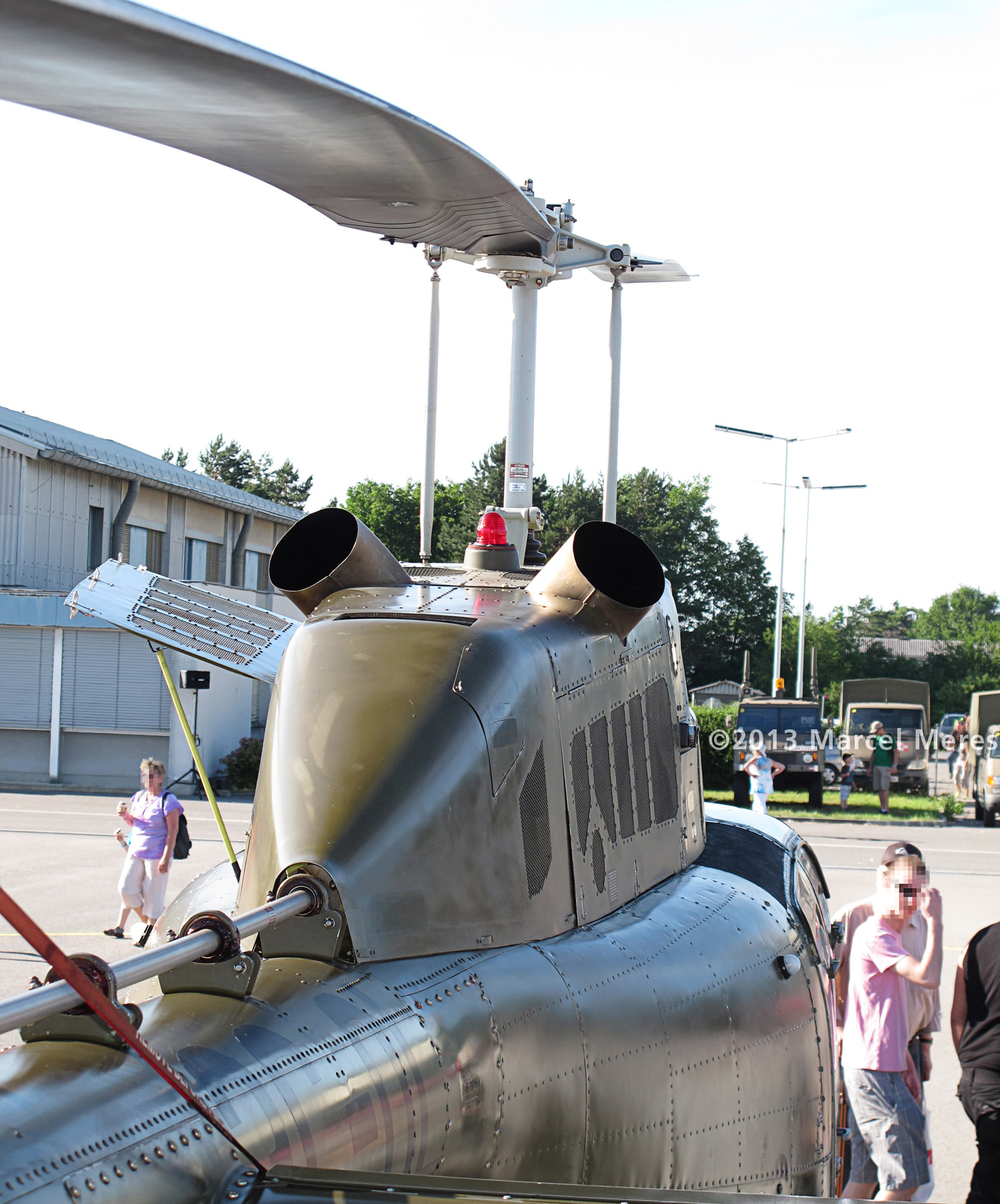 The engine cowl from behind with exhausts on top. Note the various shades of single camouflage colour here. The olive drab surface was wholeover multicolor in real.

The fuselage and tail skin riveting is well visible too. Those darker angulated areas are the mesh air vents. The flat black “gap” on the roof is the flat black walkway panel.

Only the left-hand side engine door was opened. It was necessary to lift up the camera overhead to make these shots. At least the summer afternoon sun was helping me so the inside of the engine cowl was not in dark shadows.

The side view at first: 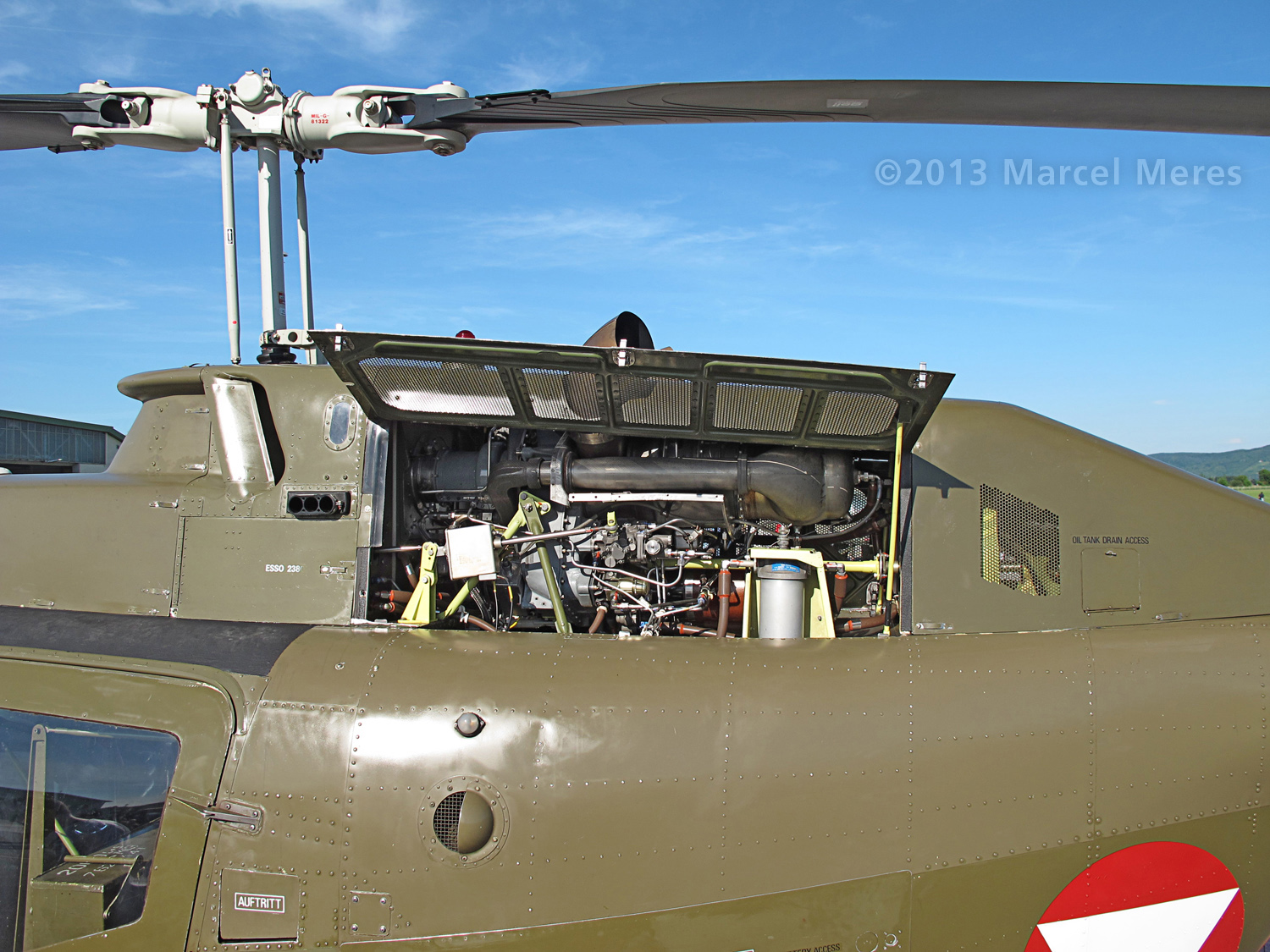 And a closer look: 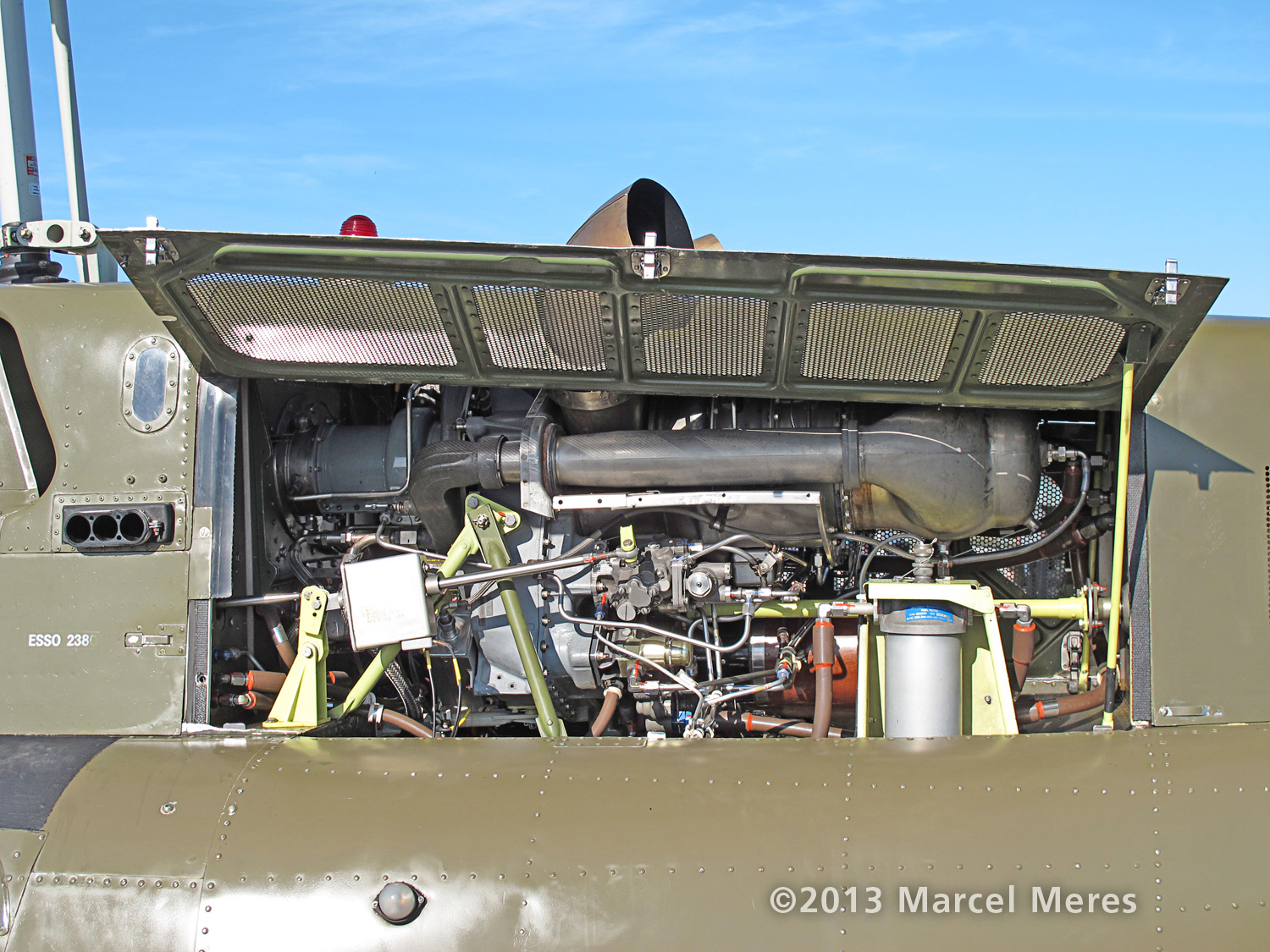 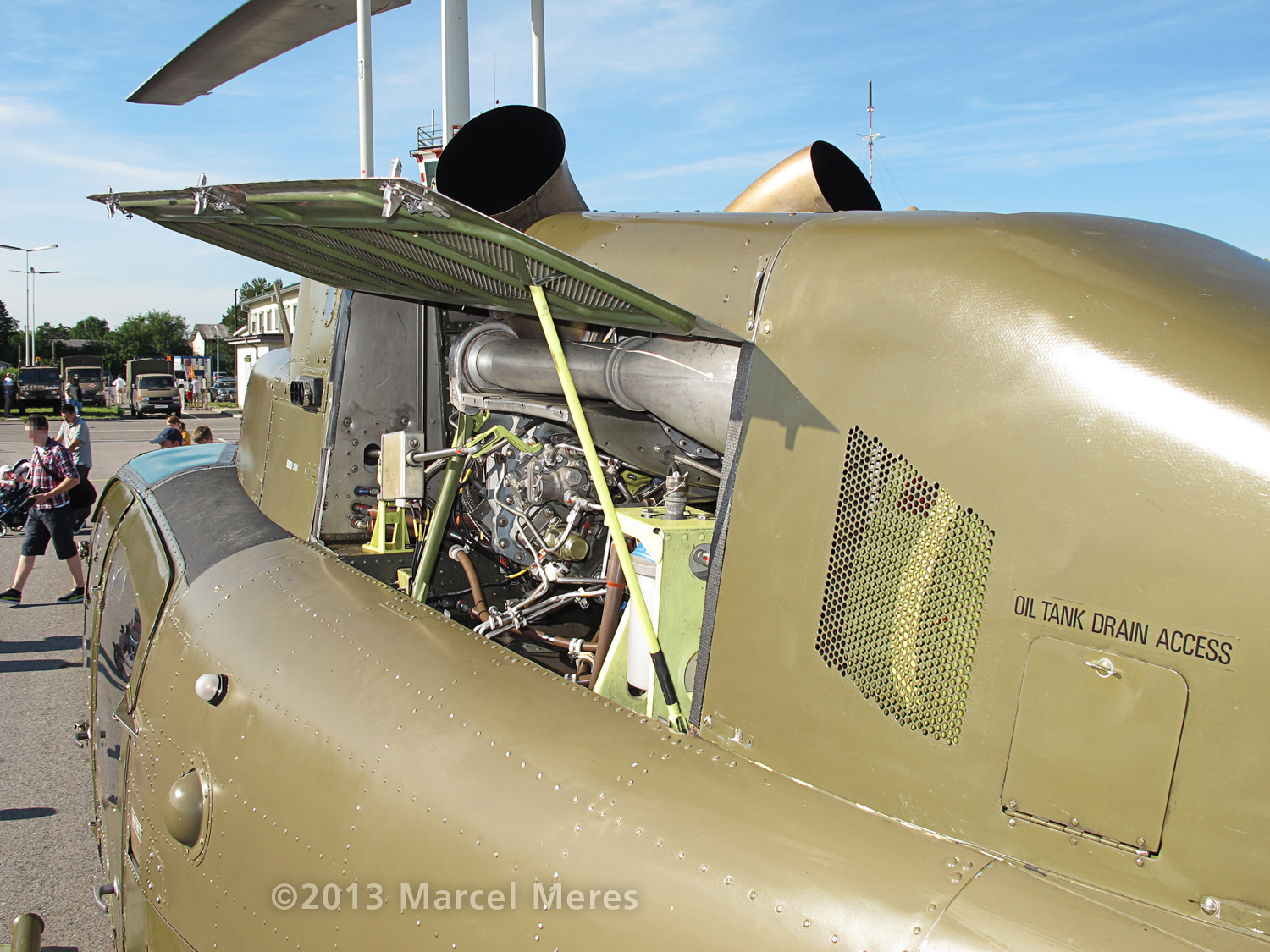 And one closer look again: 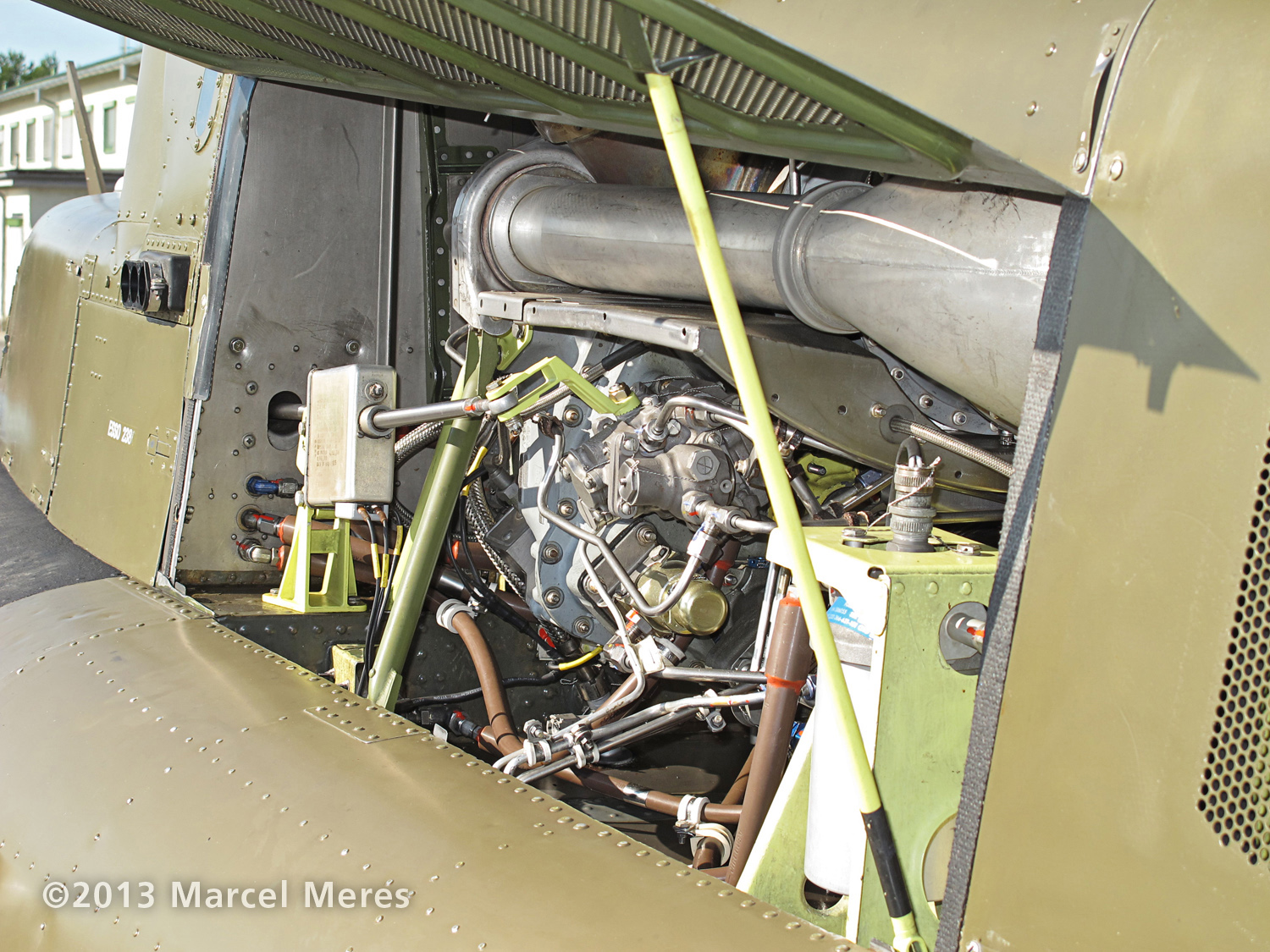 I have got no more engine detail shots to offer you folks. If you have any, I would be pleased with you sending them to help me with upgrading this article. It may help many other modellers.

This VIETNAM-era Kiowa helicopter was equipped with one M134 Minigun as stated thereinbefore. Minigun mount was only on one side of the fuselage. Having only one door reinforcing panel I suppose the Austrian Kiowas have always only this single left-hand Minigun mount. 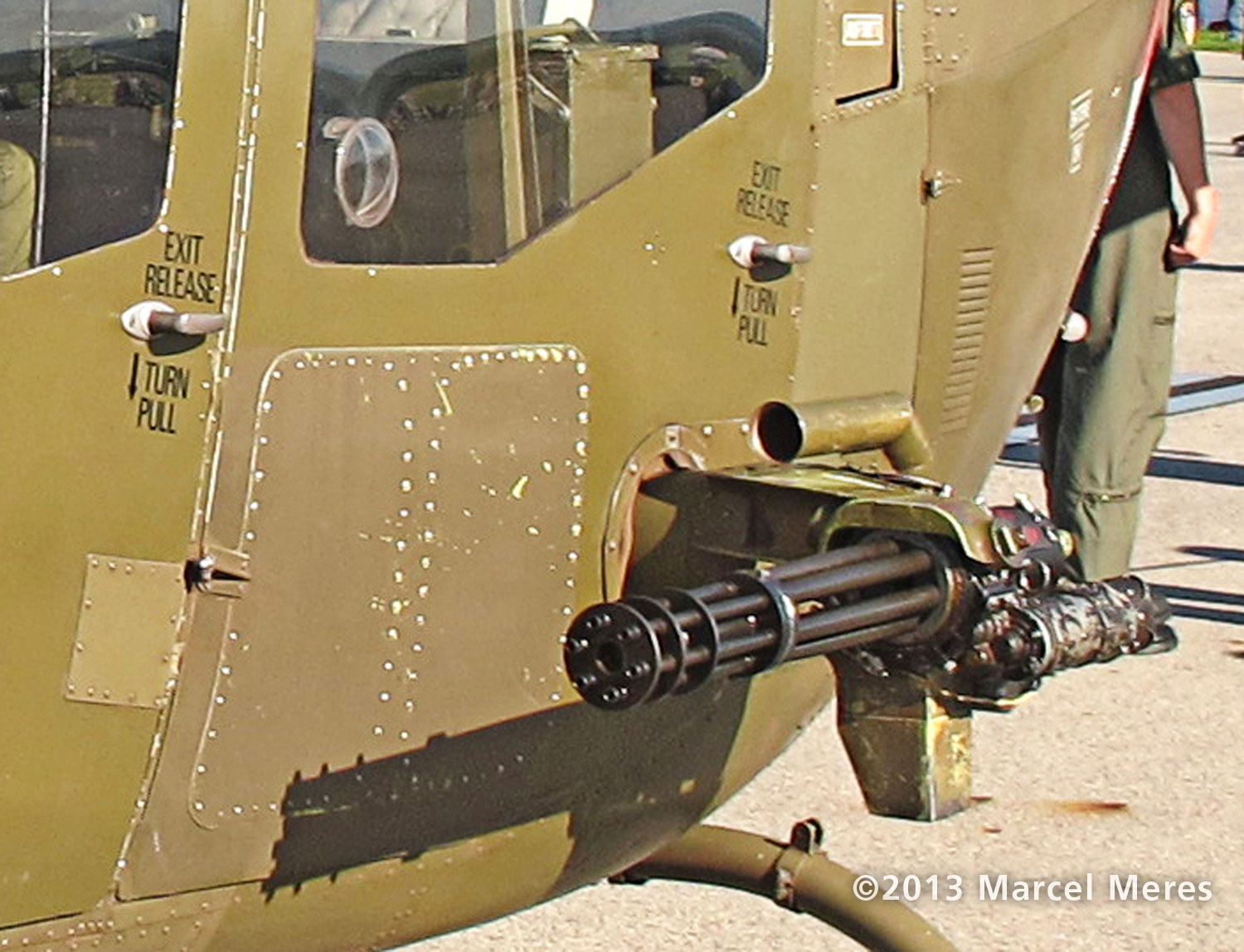 This first (upper) shot is not the best one. It is a cut-out from one of the pictures used above. Following pictures all have larger resolution. 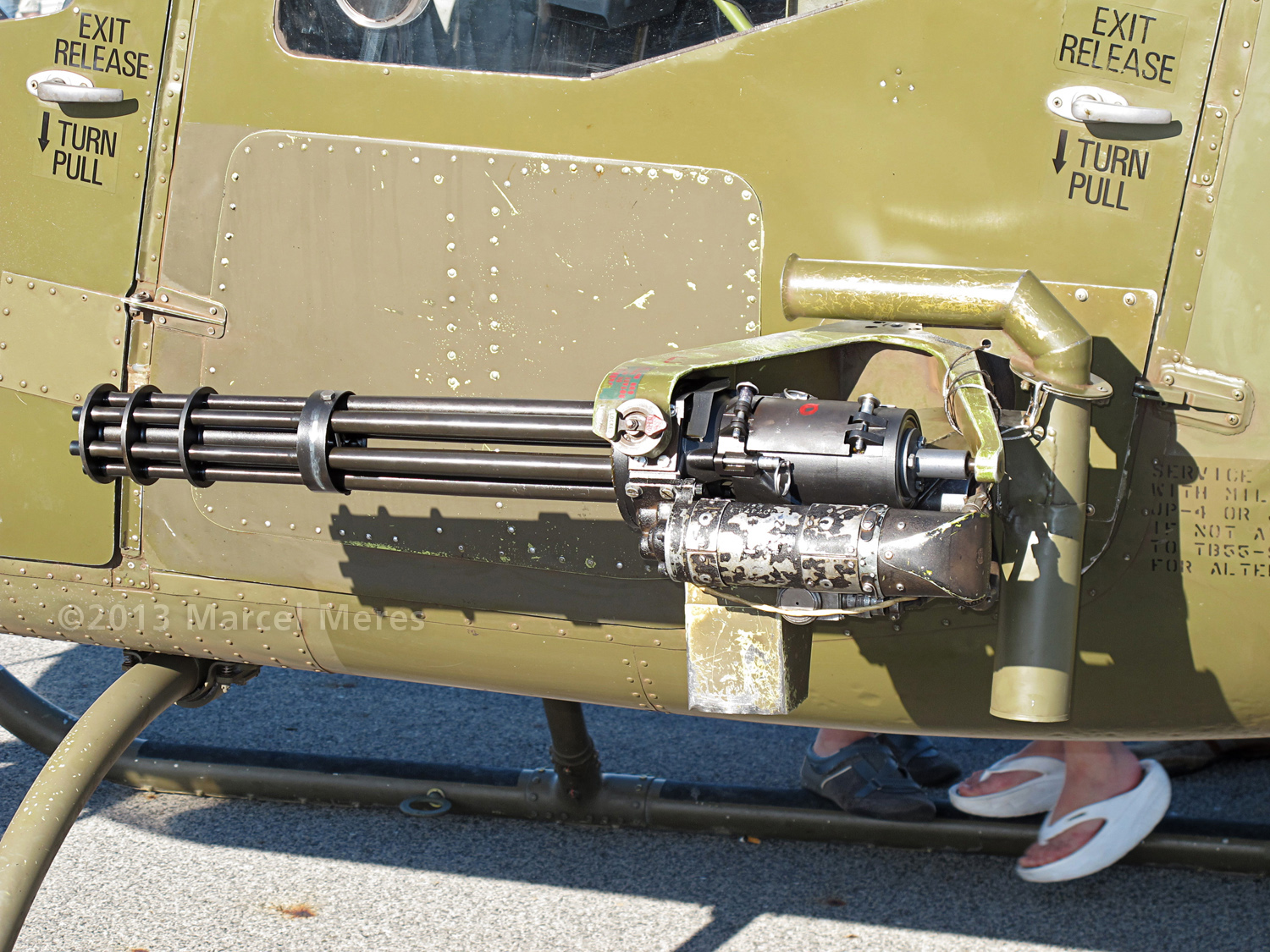 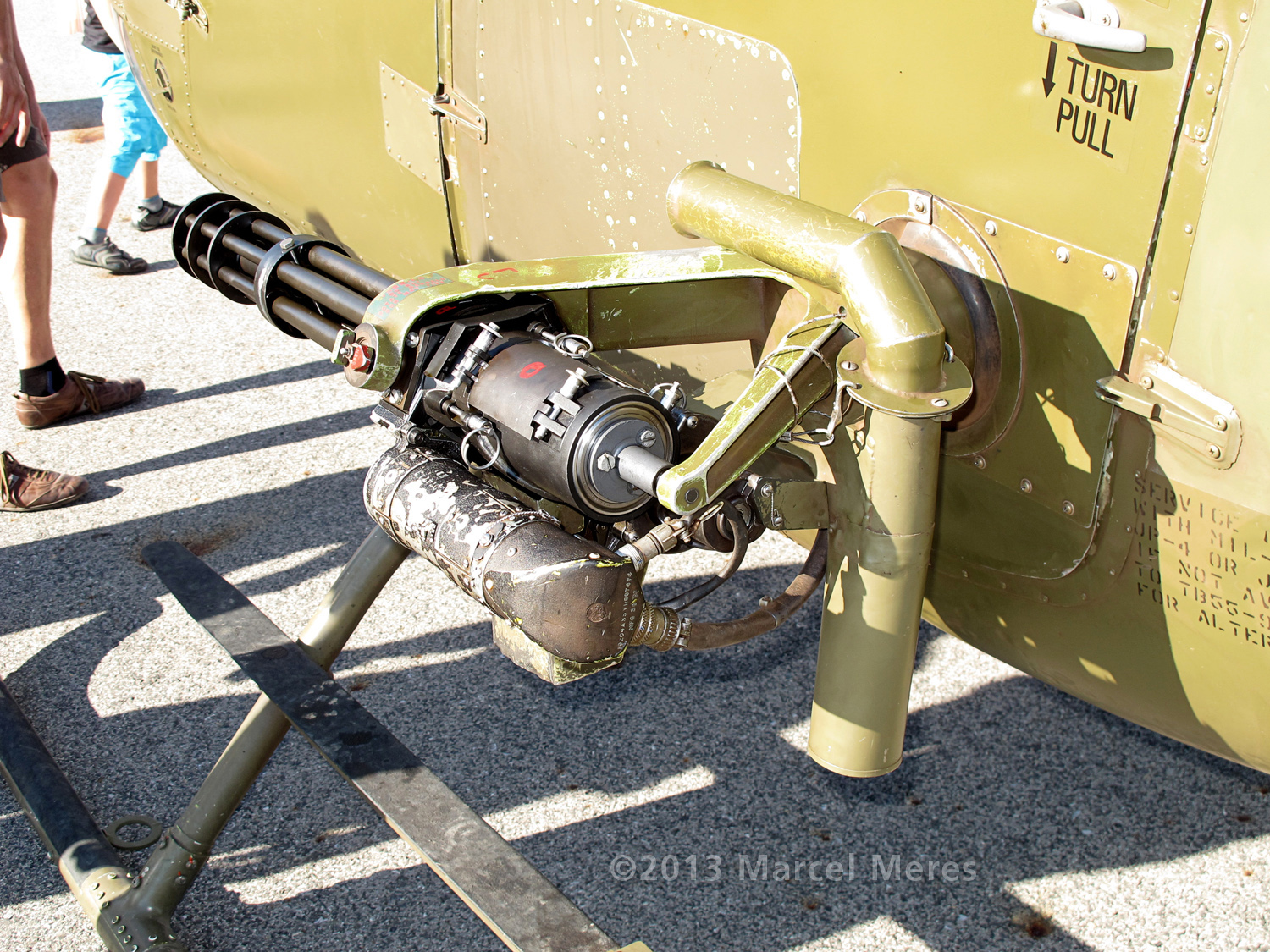 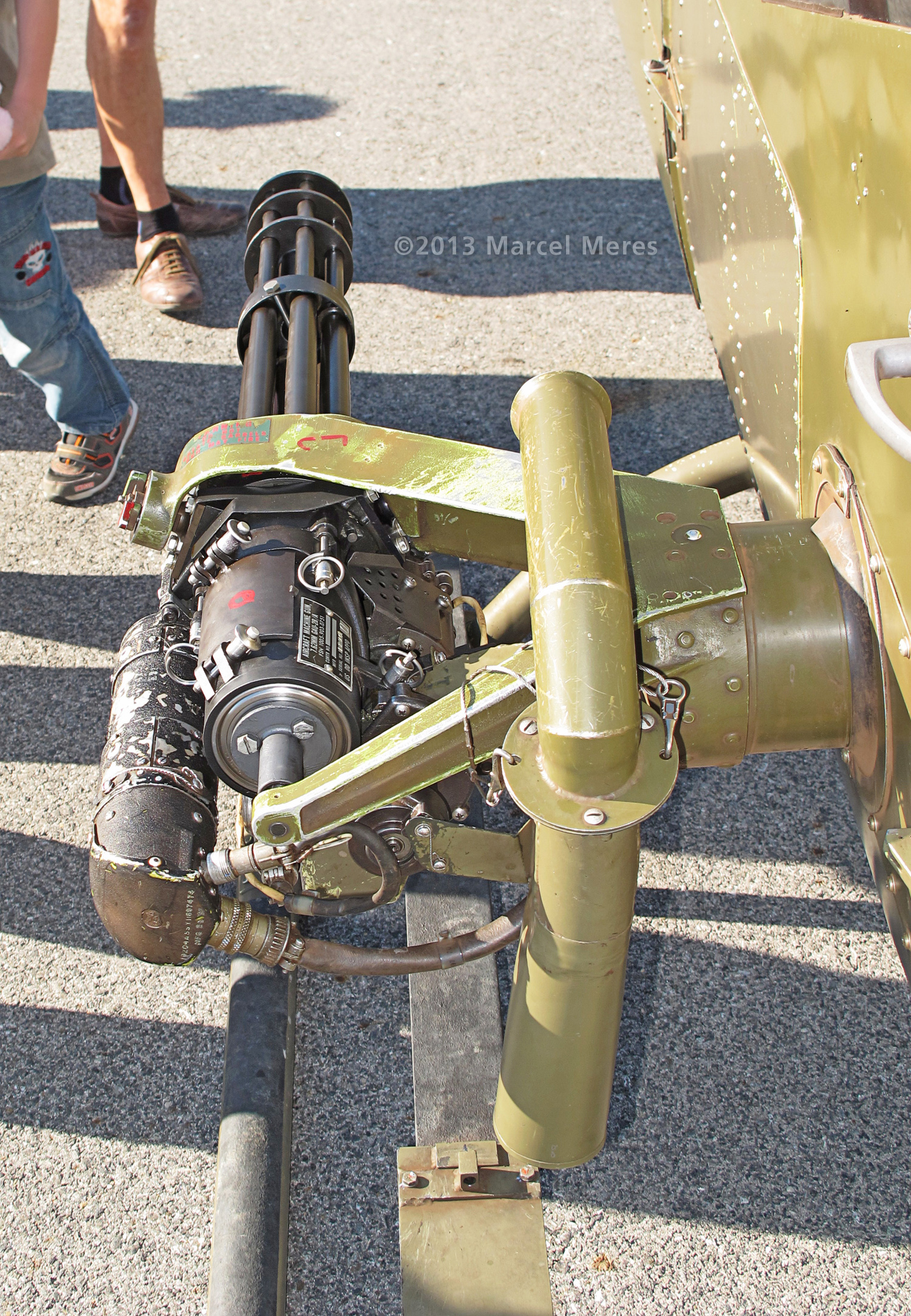 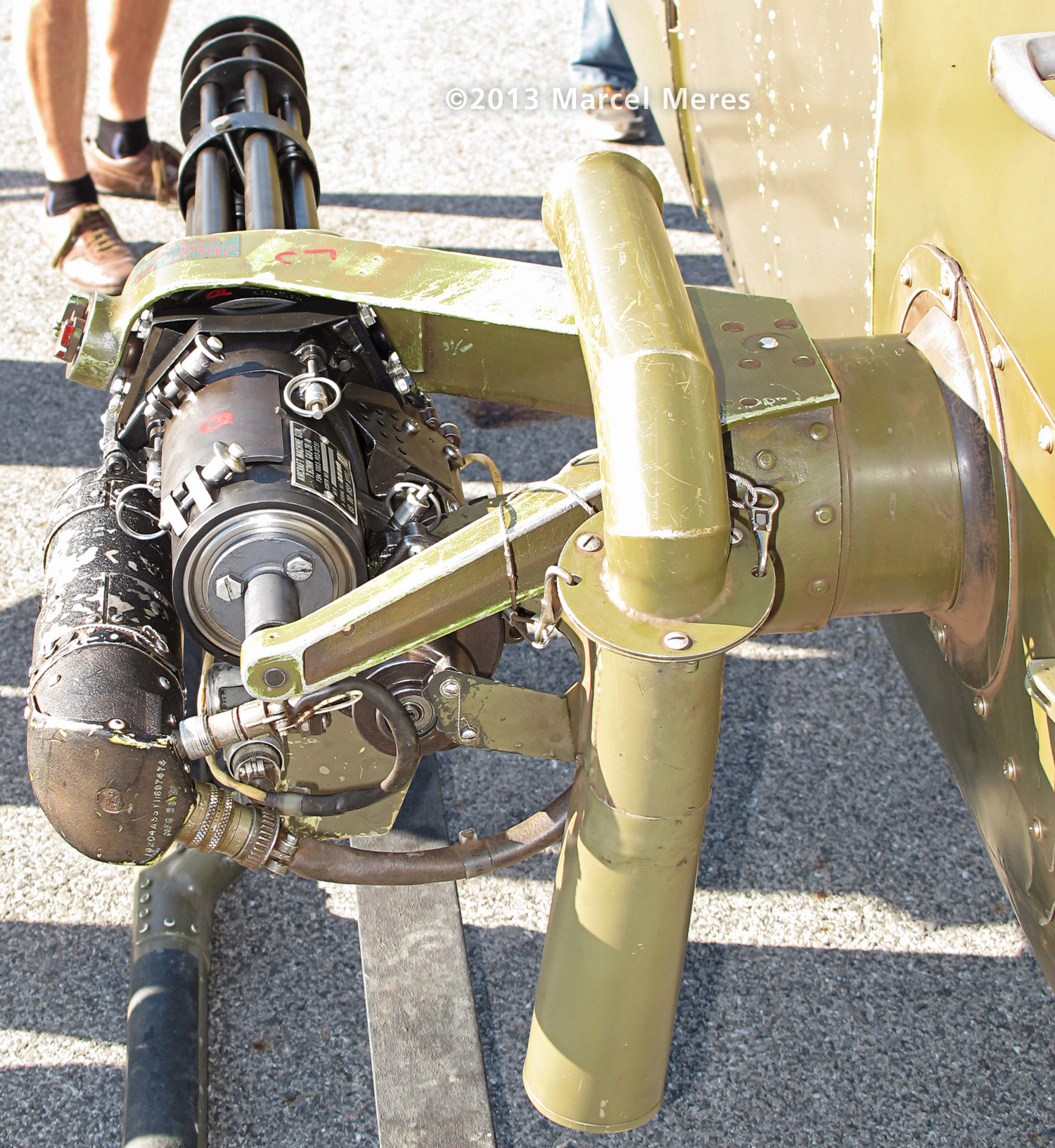 Are you thinking about how it looks like when this Minigun shoots? Very nice picture of an Austrian Air Force Kiowa shooting aloft can be found here. The photograph is not so eloquent as the video footage I know … so here you are: This short video is about helicopter Minigun training missions and this one is documenting all main multi-barrel Gatling guns. Enjoy both of them!

This entry was posted in Airplanes, English, References. Bookmark the permalink.