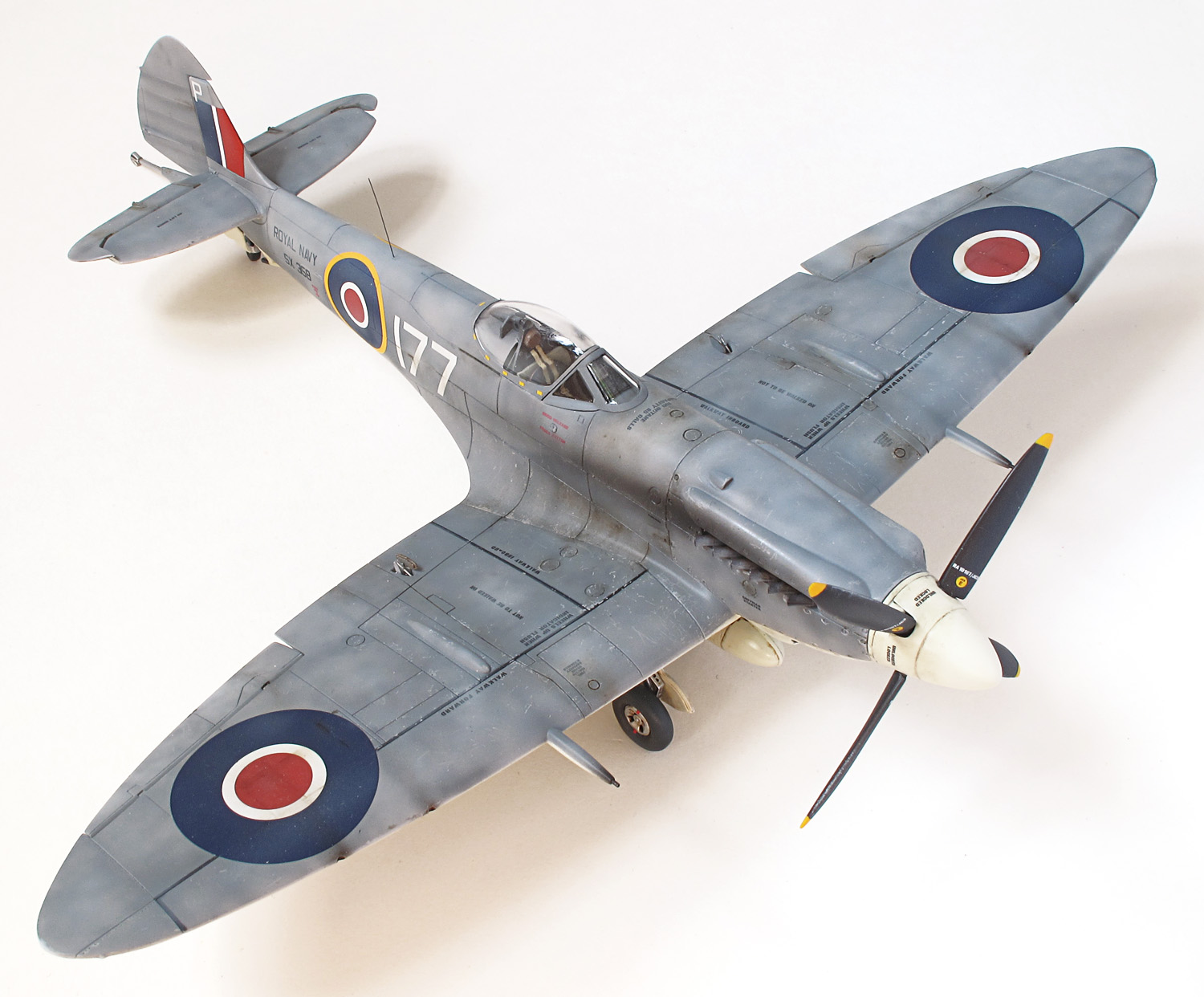 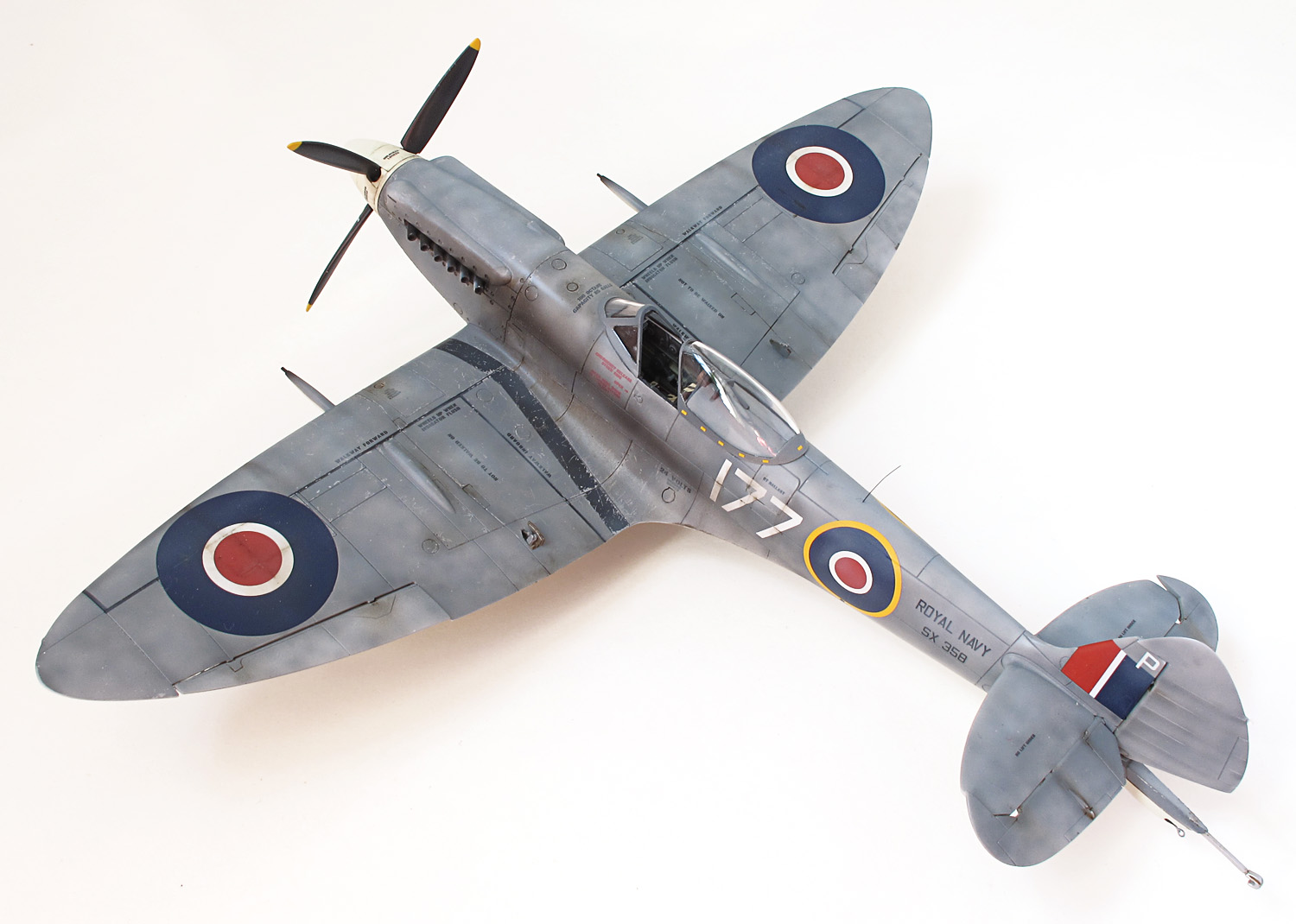 This Seafire is the first new tooling Airfix kit I tried out. Interestingly high number of parts is the first thing you notice after opening the box. This is mainly because the kit comes with two complete sets of wings. So it can be built with the wings in both normal and folded position without any surgery needed. Plane can be built standing on the ground (with weighted wheels) or as in flight with a different undercarriage set. Similarly, you can use either opened or closed canopy – two different clear canopy rear parts are offered plus the opened door kit part too. 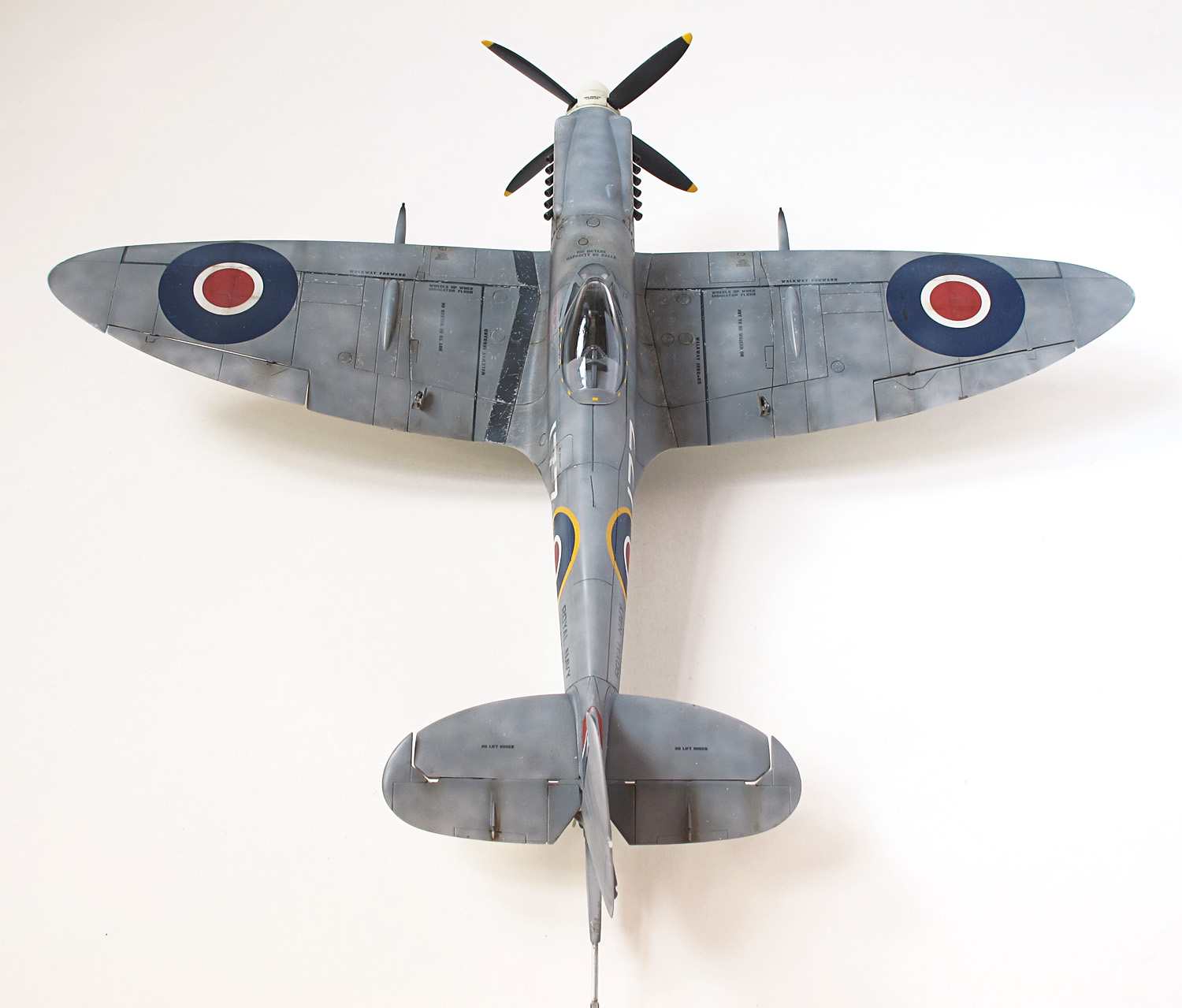 The wings can be built with flaps up or flaps down positions plus all the control surfaces are included as separate parts. Moreover there are two different rudder lower parts. One with the arresting hook in retracted position while the other is lowered with the hook extended. Kit comes with an external auxiliary tank which is optional. Another two fixed wing tanks or unguided rockets (8pcs. altogether) can be attached under the wings. The stand (for in flight position) is not included btw. It is available via the Airfix website. 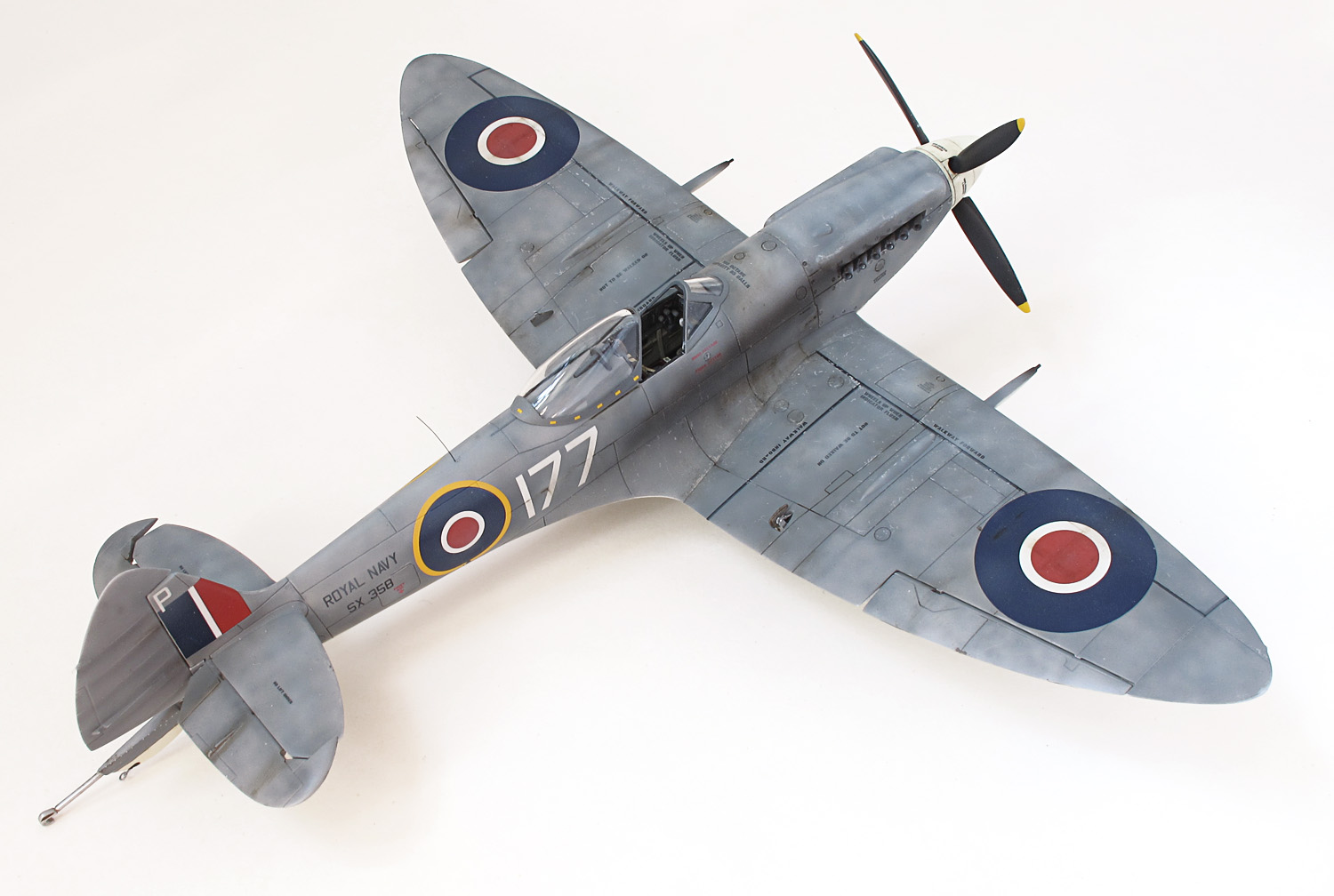 Frankly it was real joy building this kit. Plane standing on the surface with unfolded wings plus flaps and hook down was chosen from the possibilities offered. Everything came together well, no issues emerged. Only a minimum of overall filling/sanding was needed – mainly to remedy a few sink marks on the upper wing halves (above the wheel wells). Mr. Surfacer 500 applied by a brush did its work well. One interesting thing is that while comparing three kits in the store each of them had its sink marks in slightly different locations with unequal depth. I picked one with the sink marks least pronounced of course 😀 . And maybe one could buy a kit with no sink marks at all… 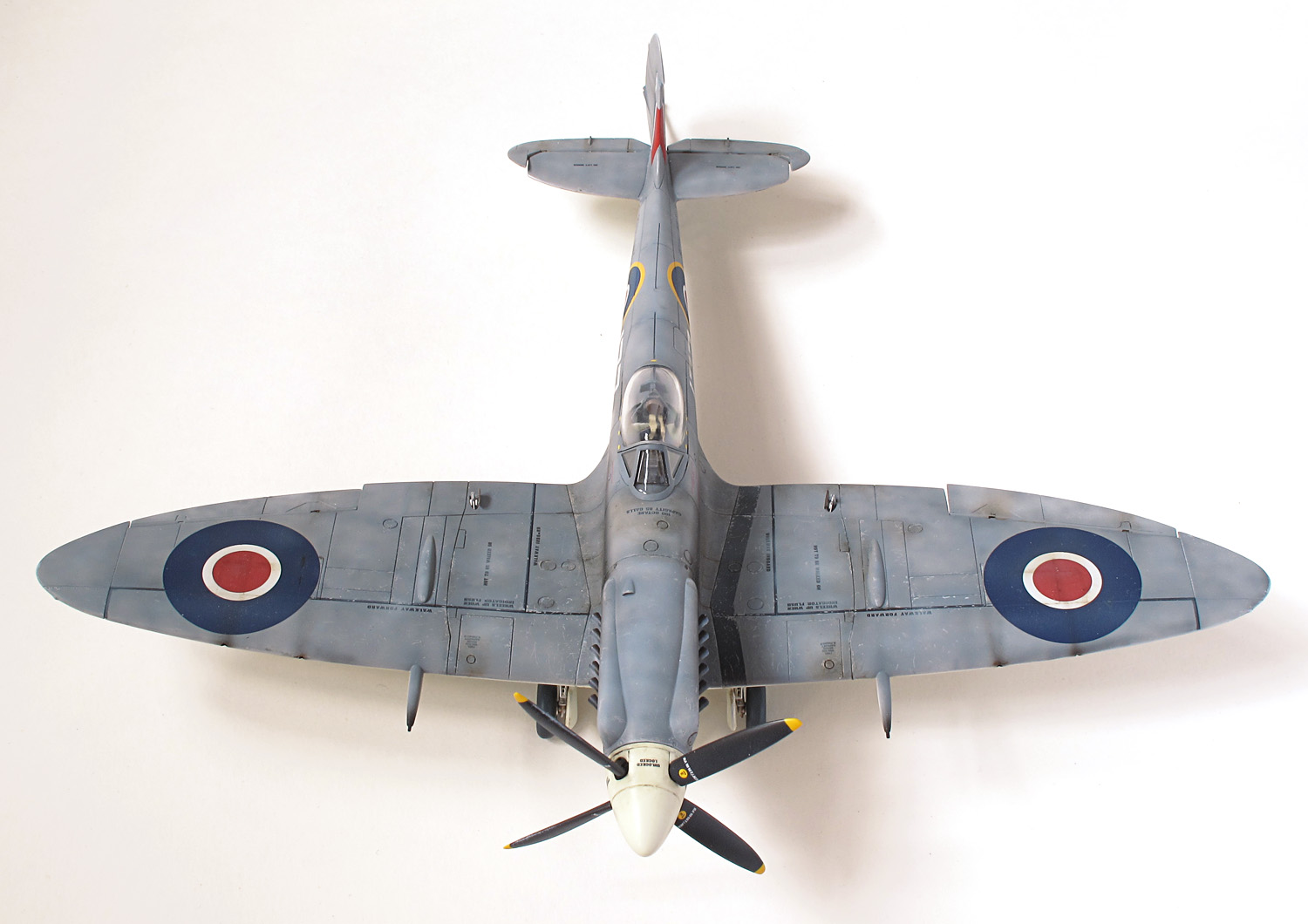 A) Exterior details
No aftermarket resin or photoetched parts were used for this build. Some small selfmade upgrades were made though. 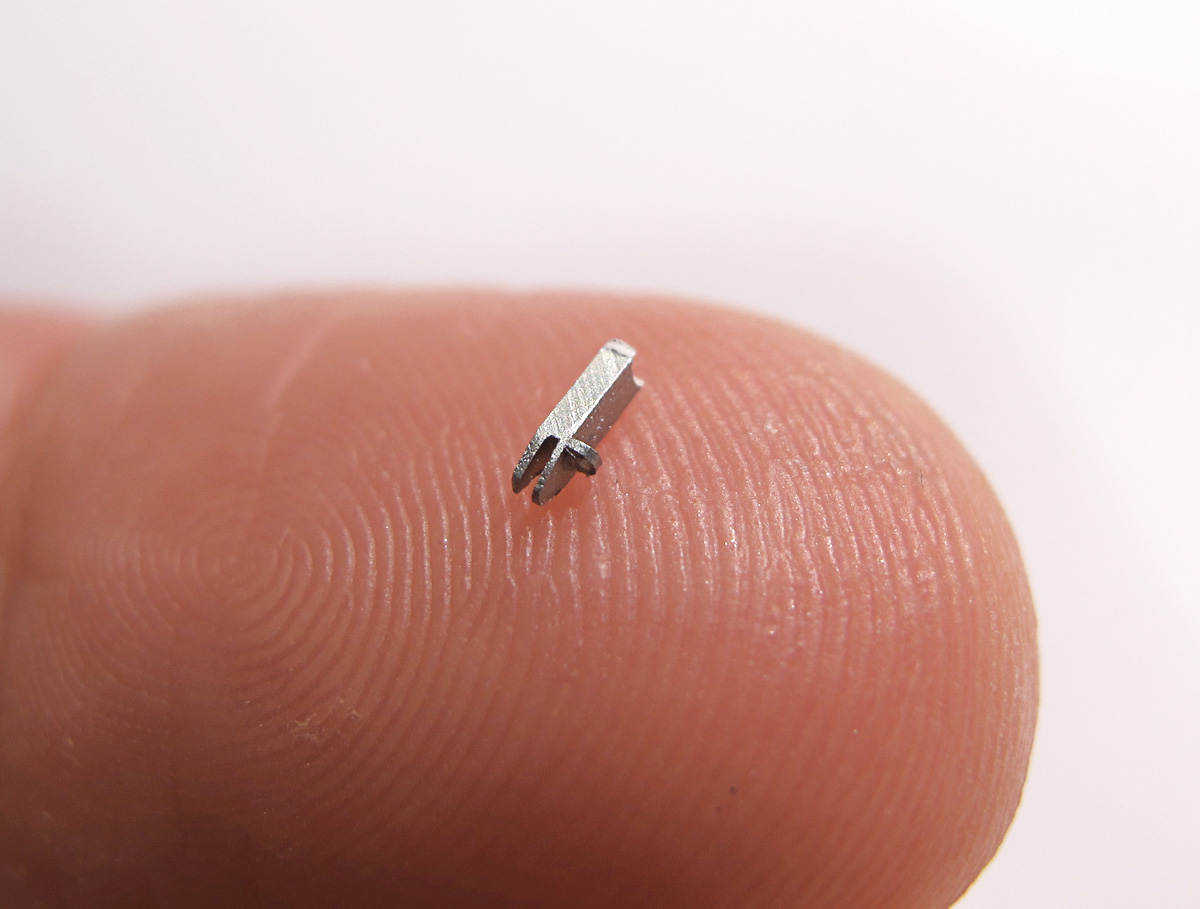 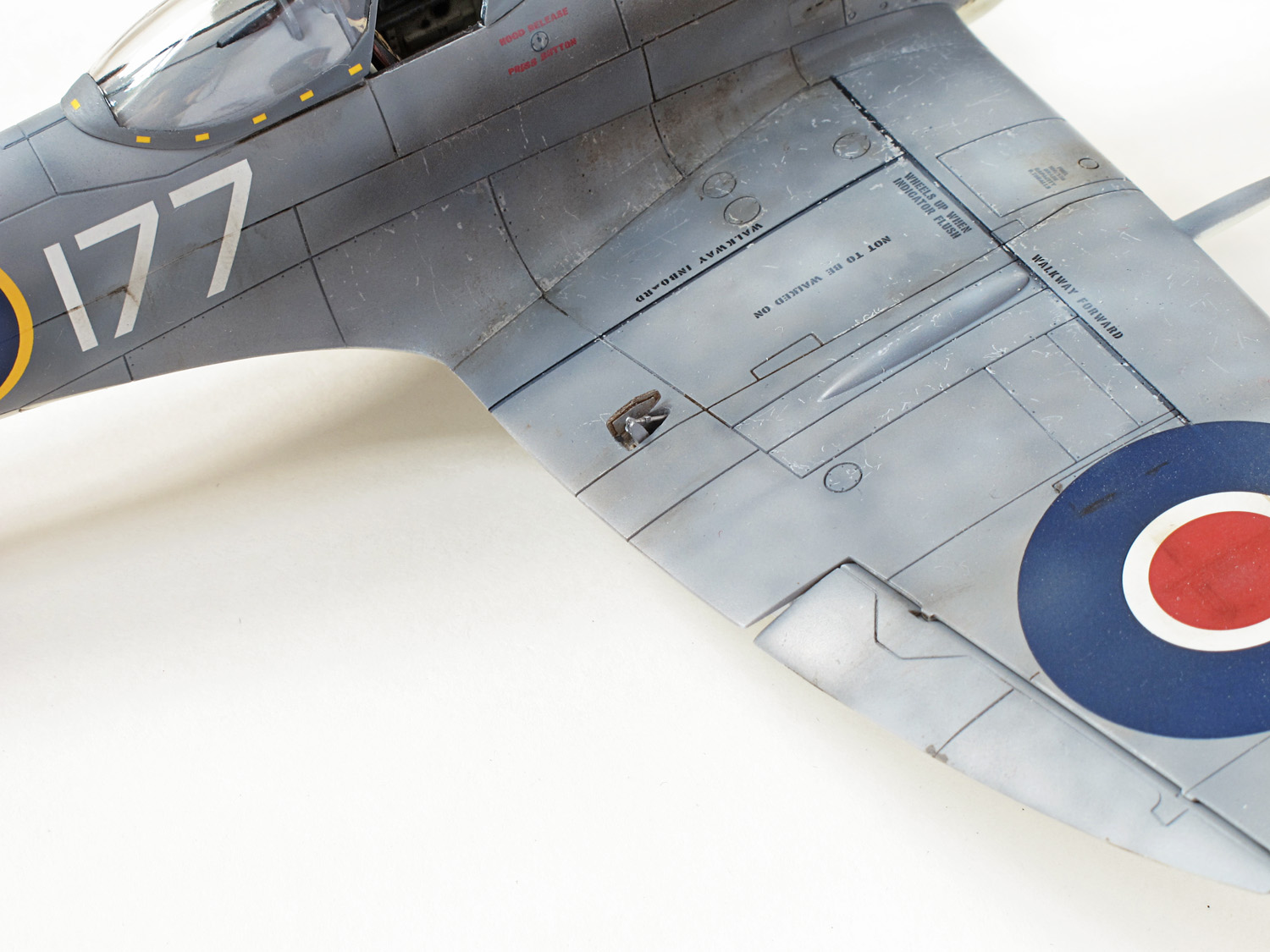 B) Cockpit details
The cockpit was left as it was with only three small changes – the gunsight was slightly modified plus the missing seat pillow and pilot harness were added.

Gyro gunsight
The kit comes with the gyro gunsight (kit part C6) molded as a clear part. You can paint the gunsight body (black) and to leave the sun filter glass with the reflector plate – molded together as one piece – unpainted. This shape was cut off and replaced using two very thin transparent pieces instead. Cyanoacrylate adhesive was used.

Seat pillow
The seat pillow was made of a small ammount of milliput shaped in hand. The seat and the seat pillow were airbrushed and patinted separately and then glued together. 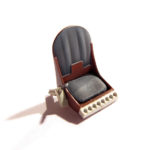 The seat pillow made of milliput putty. 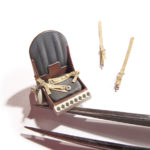 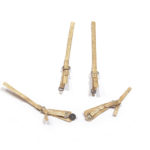 Harness
While the upper two upgrades were very easily and quickly made, the harness was a completely different story. In 1946 the Spitfires and Seafires acquired a new type of harness – the QS Type. Surprisingly, I was not able to find any aftermarket producer offering this type of harness in 1/48 scale. However, it differs from older and notoriously known Sutton Harness (commonly offered by eduard, HGW etc.) enough, you would not want to ignore it. So the only reasonable way is to make your own “accessory set” 😀 Thus my Seafire got the harness made of an airbrushed cigarette paper and eduard photo etched left-over parts. Now the new harness is, more or less, the QS type. To gain more info concerning the harness types used in single-seat RAF fighters during WWII, please visit this link. 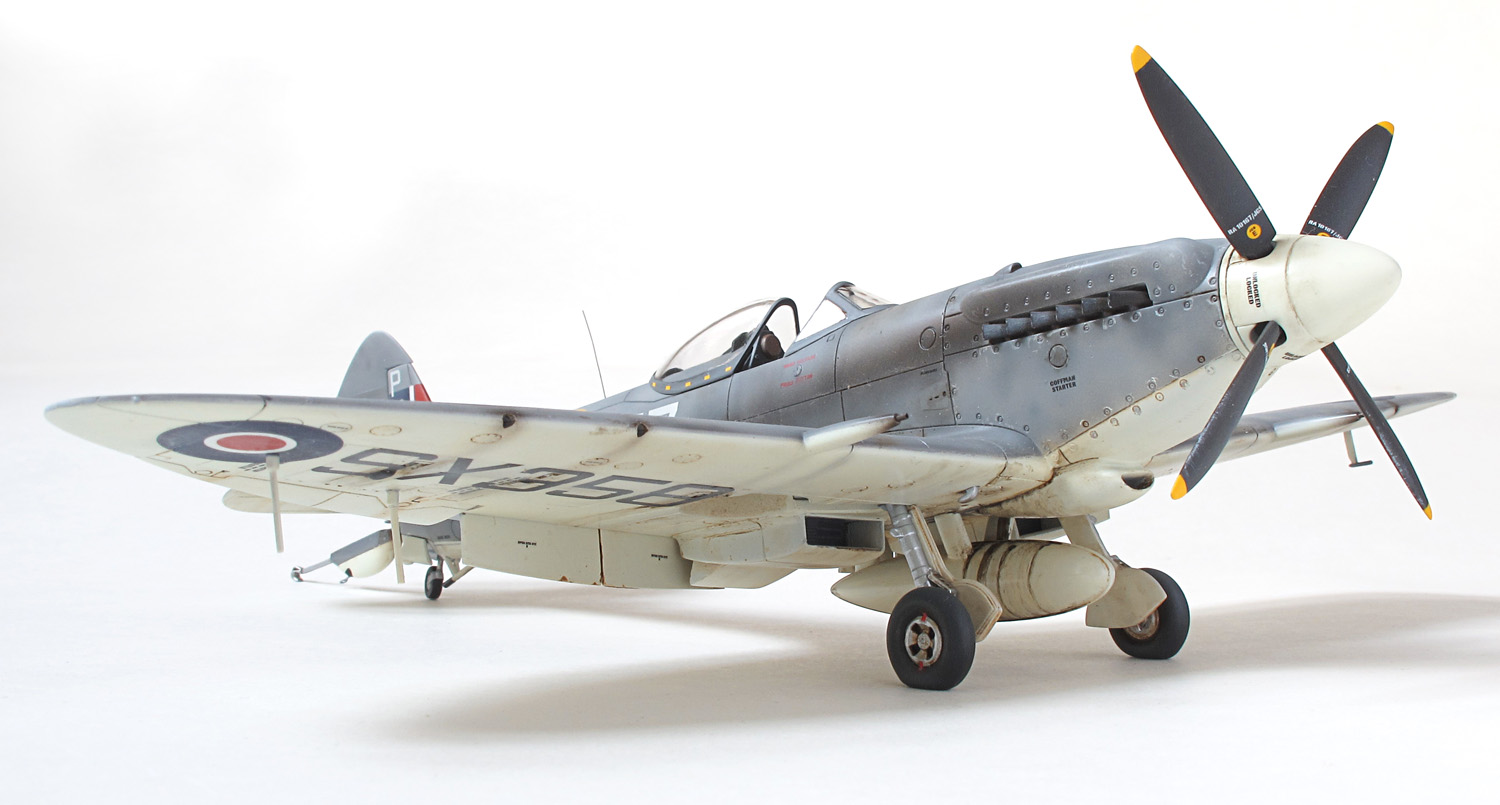 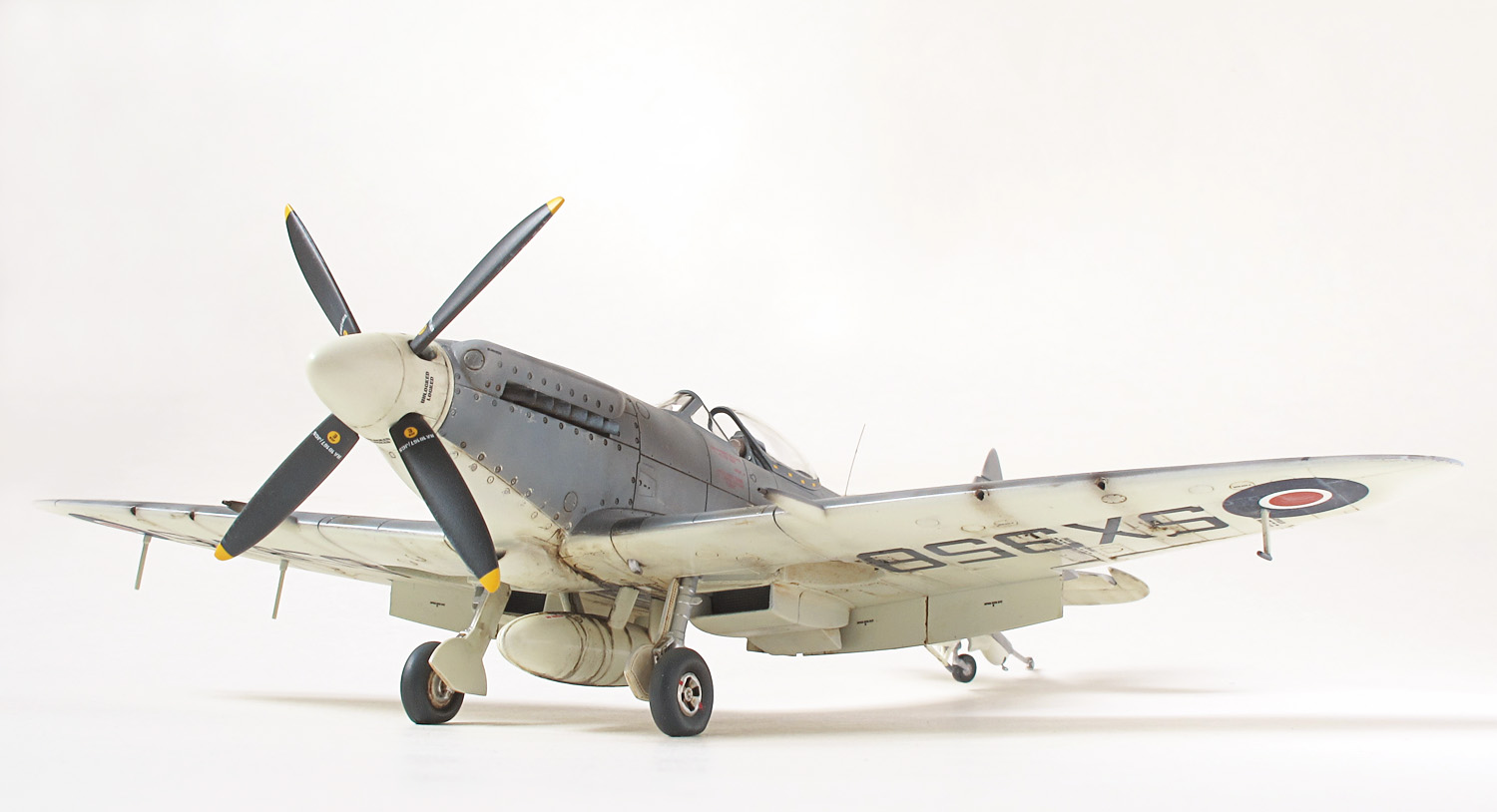 All three possibilities are so inspiring you would probably want to build more than only one Seafire I’d say 🙂 Finally I chose the Extra Dark Sea Grey in combination with the Beige Green for my plane. Gunze Mr. Color 333 Extra Dark Sea Grey and Mr. Color 26 Duck Egg Green were used. Both camouflage colors were heavily lightened using Mr. Color 156 Super White. Upper camo was made in several steps with various shades of color sprayed onto the Mr. Surfacer 1000 base. The walkway bar and lines were airbrushed too. I planned to make them weathered and chipped so I preferred this way rather than using the decals. 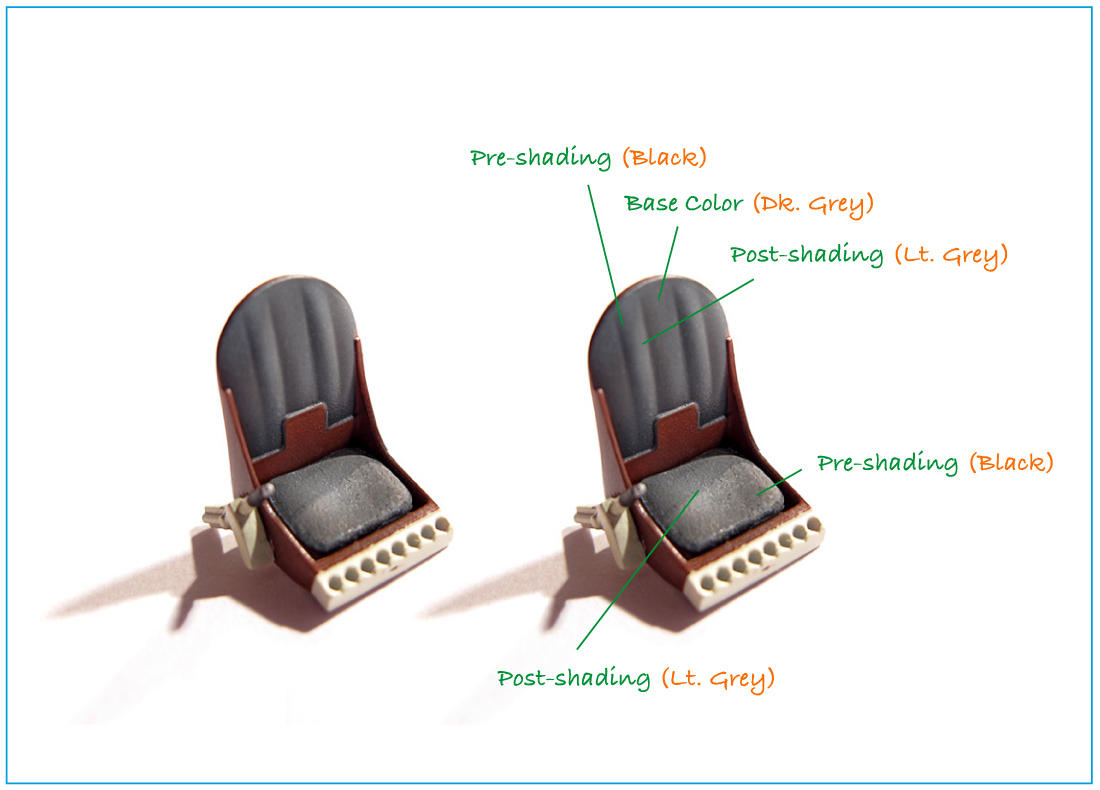 The pilot’s seat tapestry was a  good opportunity for me to practice the freehand shading. Two different shades of grey color plus black were used in three steps to enhance the 3D effect. The recessed areas were pre-shaded using black color. Then the base grey color was applied. Finally the higher areas were post-shaded using much more lighter grey color.

The kit comes with the decals printed in Italy by Cartograf.com. For some unknown reason the smaller (bottom) roundels were out of register. I decided to write to Hornby Hobbies Ltd. and ask for another decal sheet. The new decal sheet arrived soon and was O.K. Decals have accurate colors with a very thin decal film. The common decal solutions were applied during the decaling process. In spite of this I found them a bit tougher than I wish them to be.

I tried to make the upper camo color irregular by airbrushing tiny darker and lighter spots and lines onto the base color. Large decals and walkway bars were oversprayed with a light mist of camouflage colour mixed with white – to lower the contrast between decals and camouflage and to simulate the sun fade-out effect. The upper surfaceces were also patinated with tiny scratches made using a needle tip. The underlaying gray surfacer is contrasting enough to make you feel like it was the weathered bare aluminium below the top camo color. 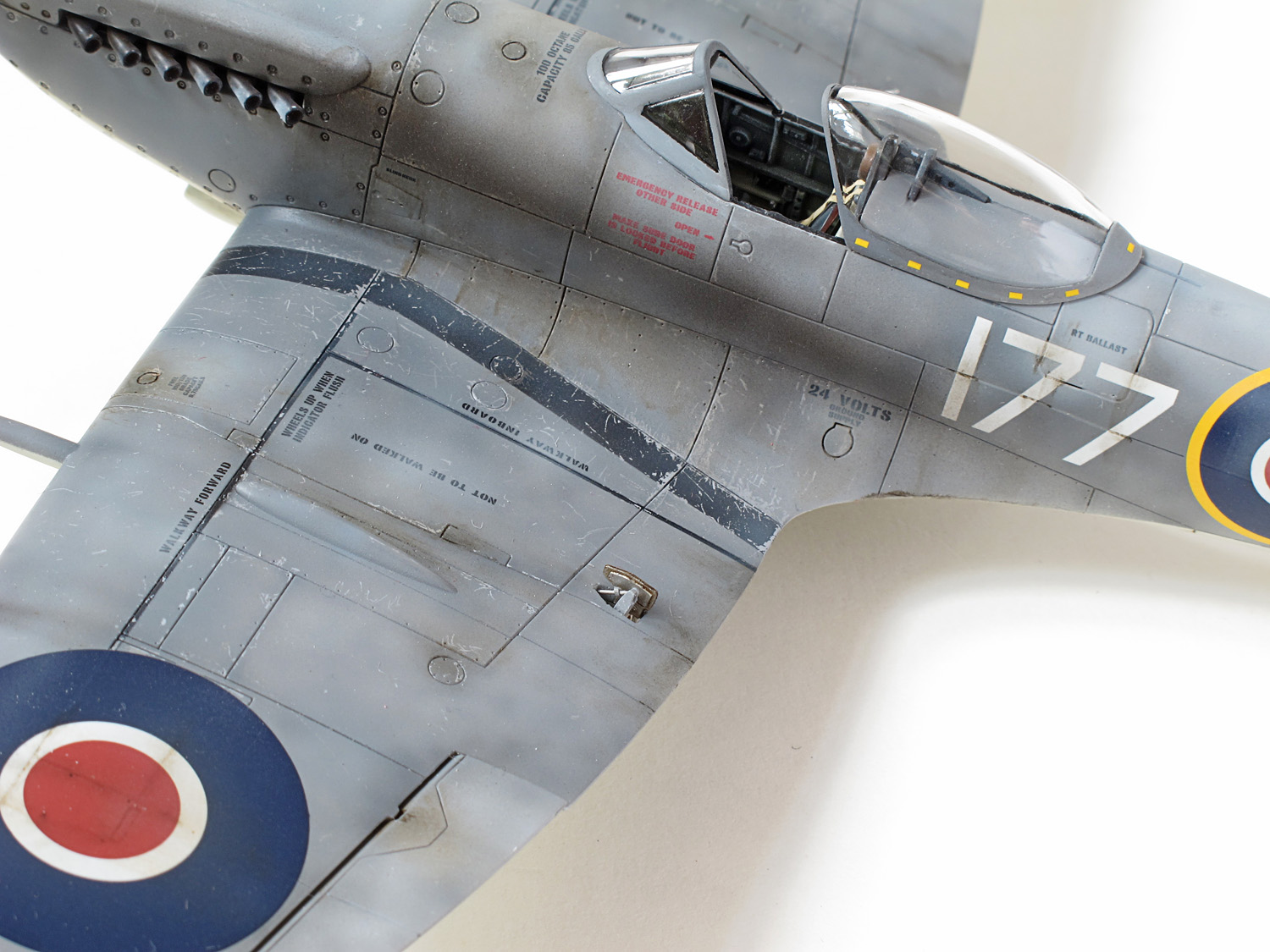 The upper surfaces were patinated with tiny scratches made using a needle tip.

The rudder ribs were post-shaded using freehand airbrush – by darker grey (into recesses) and lighter grey (onto rises). The overall homogenous semigloss shine was achieved by Mr. Color Super Clear Matt oversprayed in a subtle layer. 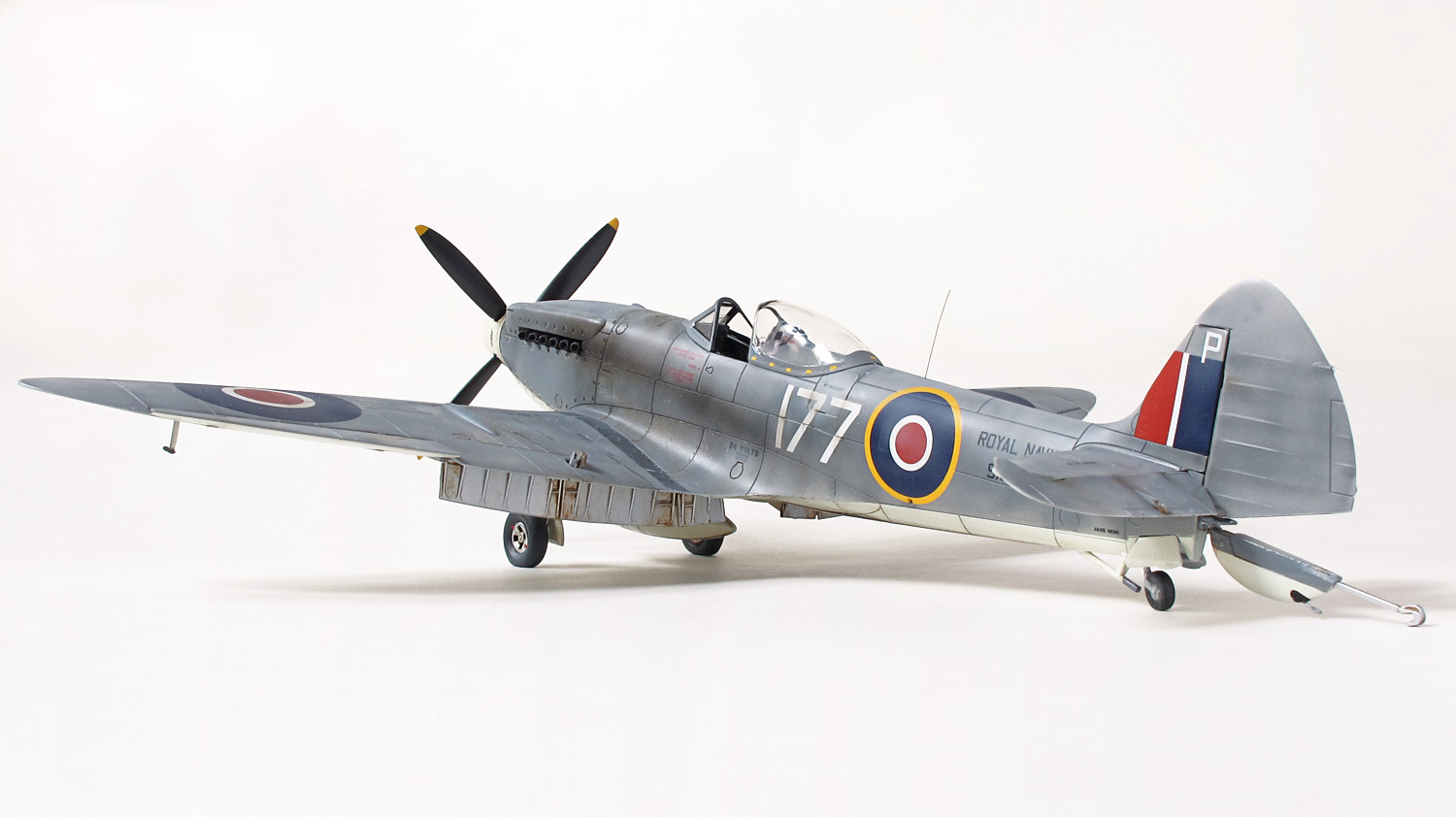 The pre-shading technique was used on the lower surfaces – heavily thinned dark gray color was used onto the Surfacer 1000. Then very light beige green (approx. Sky color) camo color was sprayed onto the whole undersurfaces. And again the irregular spots of darker camo color and light gray color were used to make the surfaces more uneven and weathered. 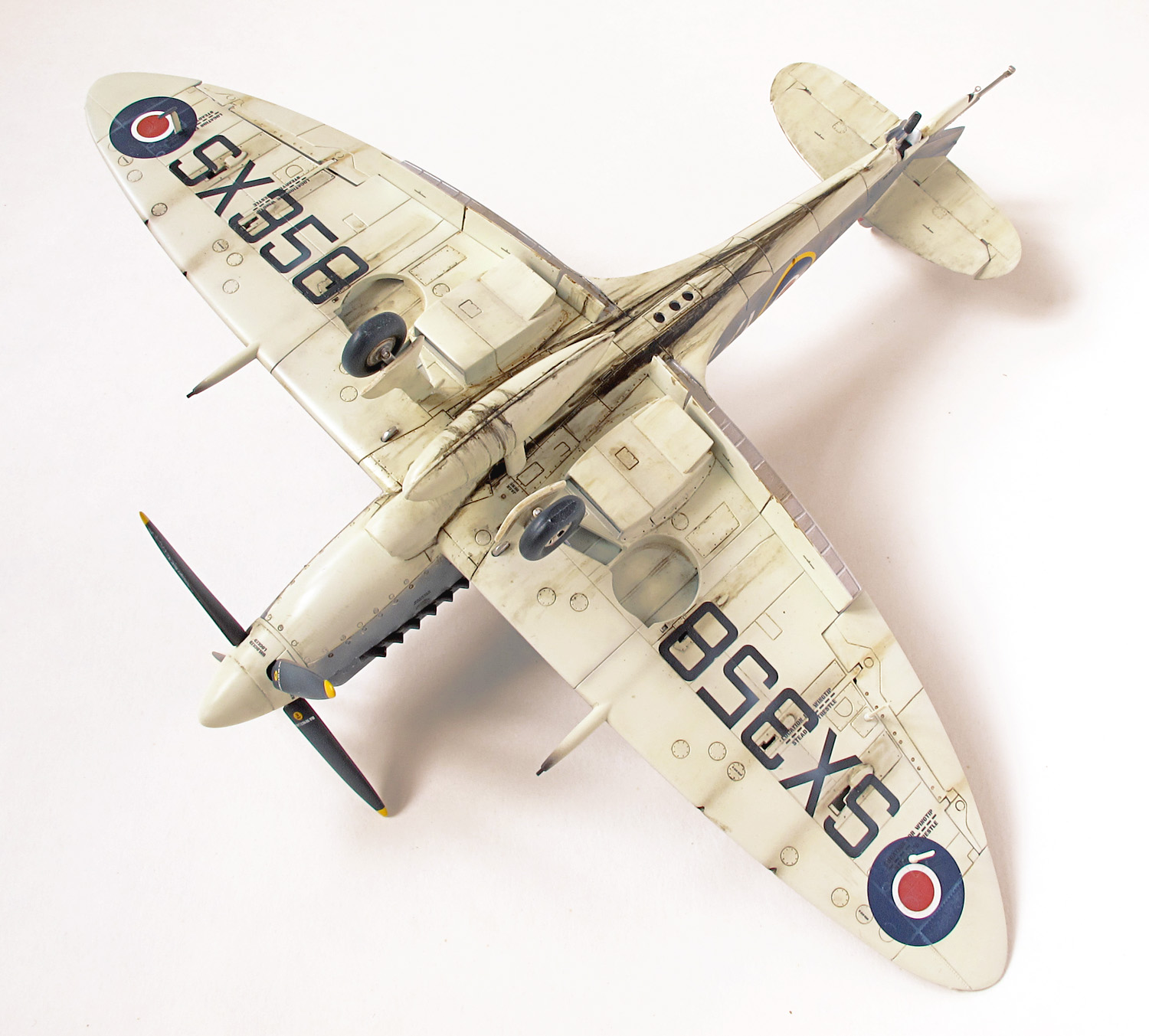 The exhaust and gun stains were airbrushed with matt Dk. brown. Then the kit got the Mr. Color Super Clear gloss coat as the unifying base for a weathering mix of brown (Burnt Sienna) plus black oil color diluted in Mig’s Thinner for washes. The mix was applied by a thin soft brush. Heavily pronounced oil stains on the bottom were made this way too. The oil stains were sealed with transparent lacquer. 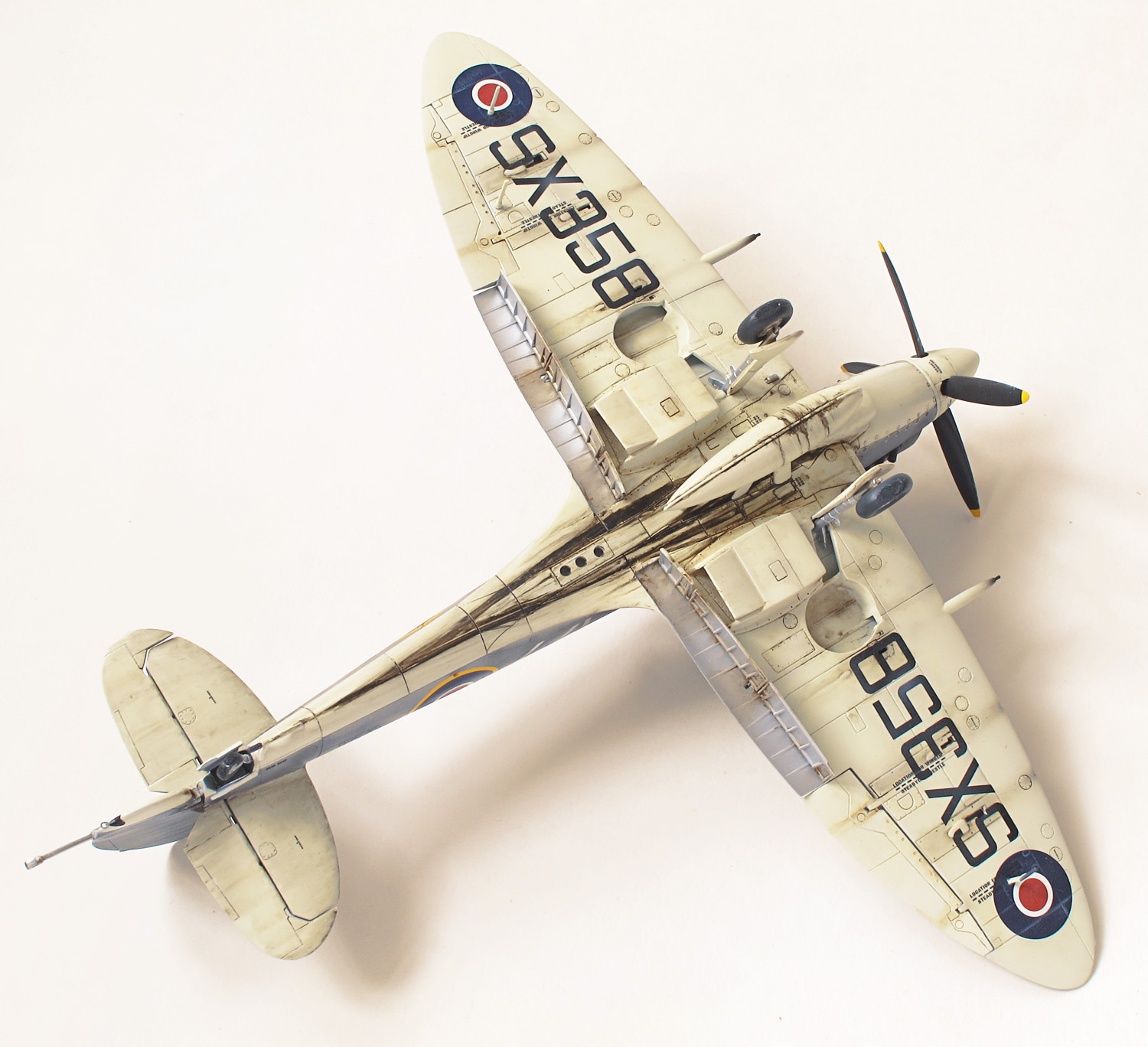 The oil stain mix was applied by a thin soft brush. 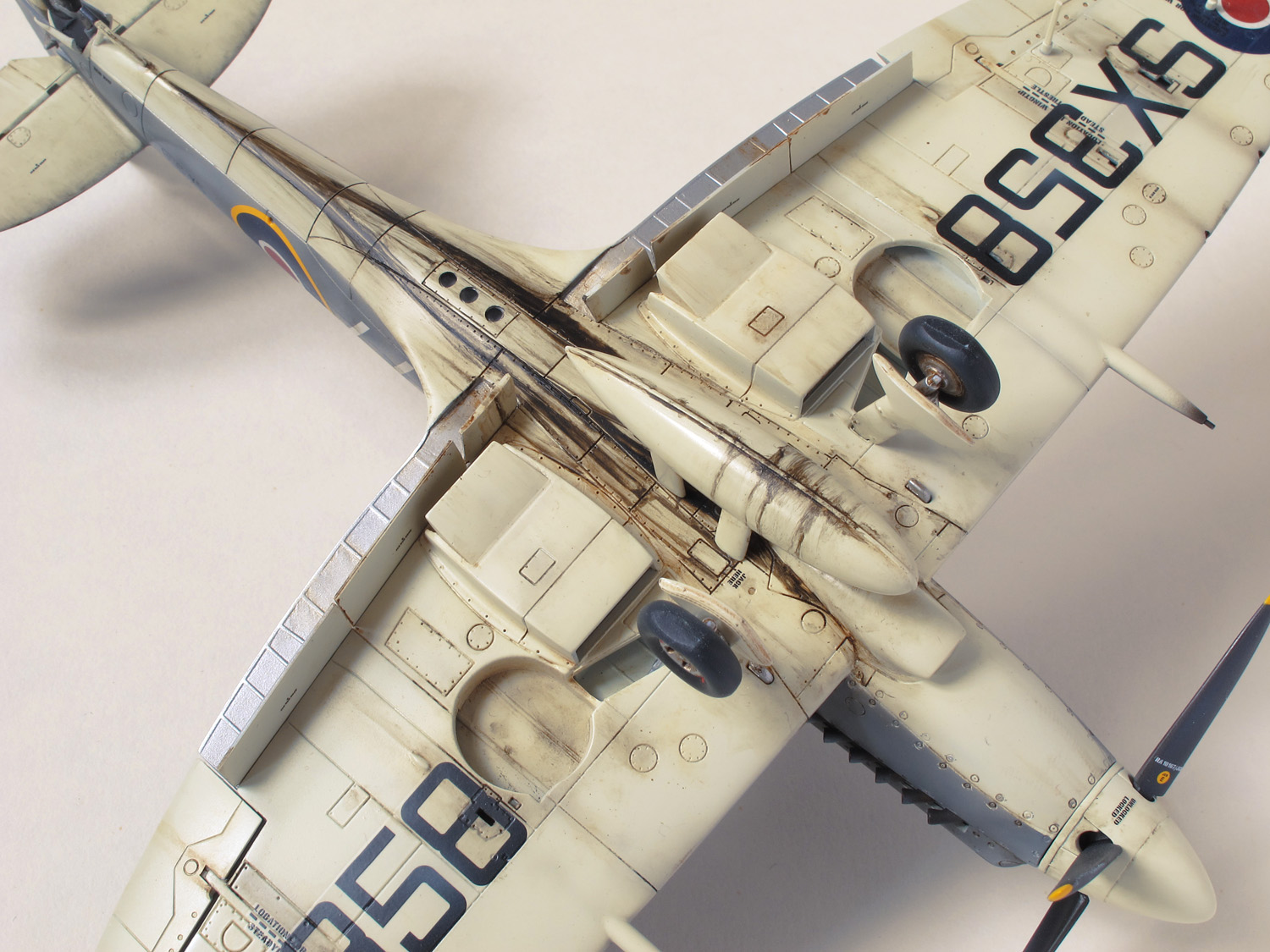